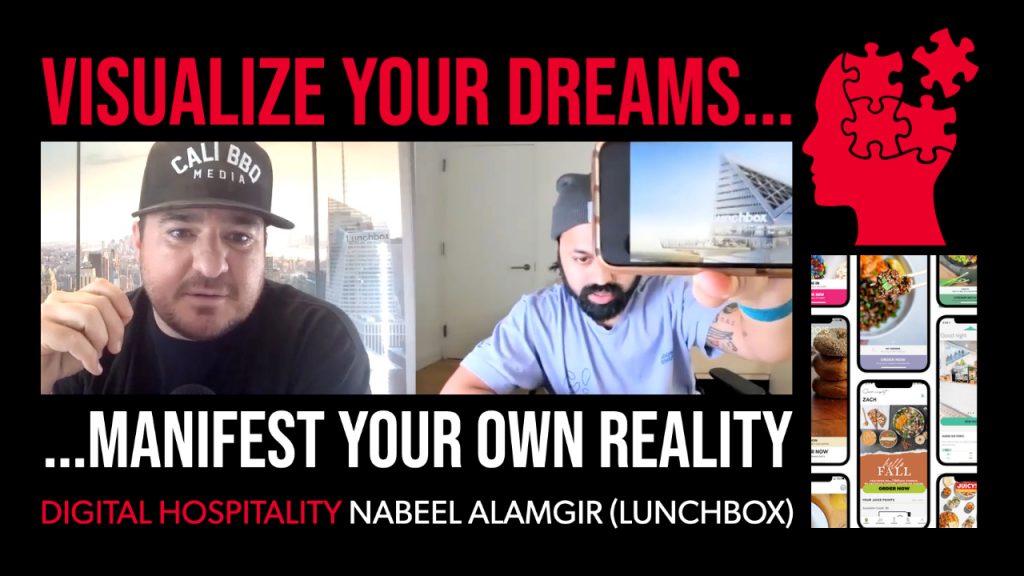 When Lunchbox Technologies CEO Nabeel Alamgir wants something to happen, he visualizes it.

Before Lunchbox became a multi-million-dollar valued restaurant tech startup, Nabeel worked his way up the rungs of the hospitality ladder. To accomplish his dreams, he manifests his reality with visualizations to see each step. 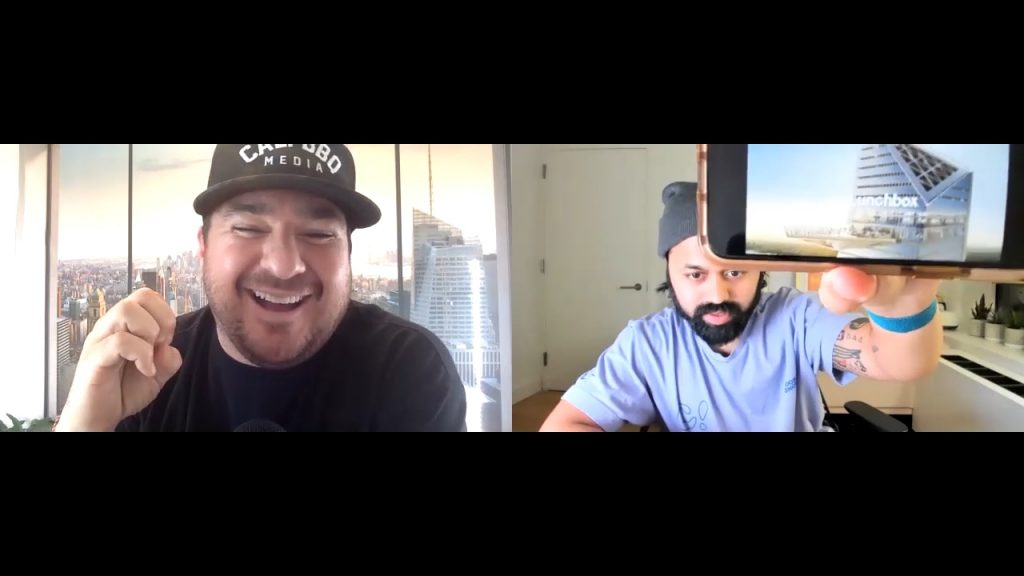 “I’m a visual thinker, a visual person,” said the Lunchbox cofounder and chief executive officer on the Digital Hospitality podcast in his 2021 interview.

Visualizing a goal — whether it’s having the Lunchbox logo on a prominent building in the Manhattan skyline (above) or being featured on a magazine cover (below) — helps Nabeel understand the steps in between dream and reality. 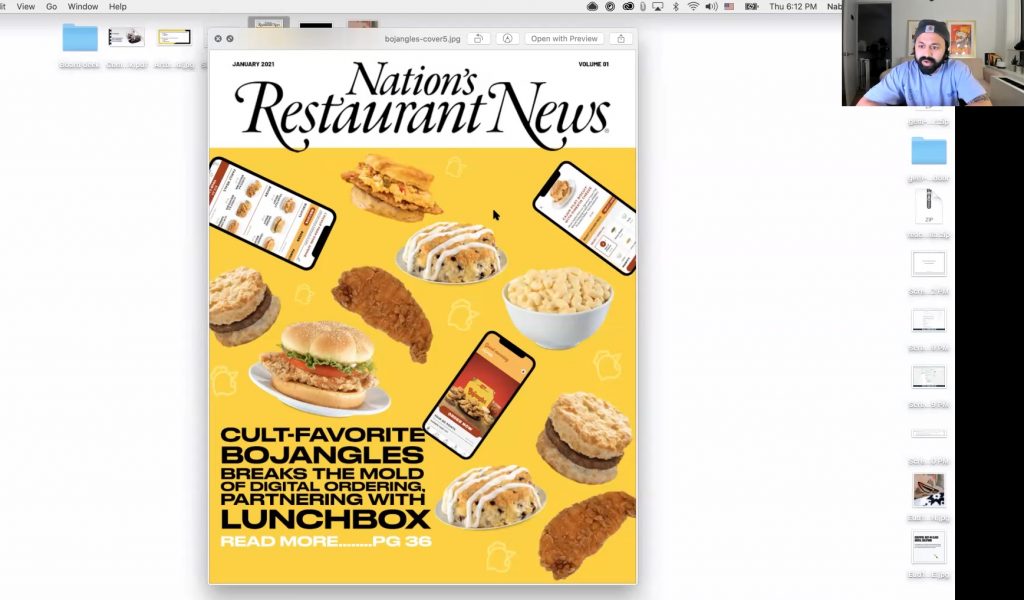 It also helps the inspiring leader explain his vision to his team. Visuals are key for some people to get what you’re trying to say, just like storytelling is important for understanding information. 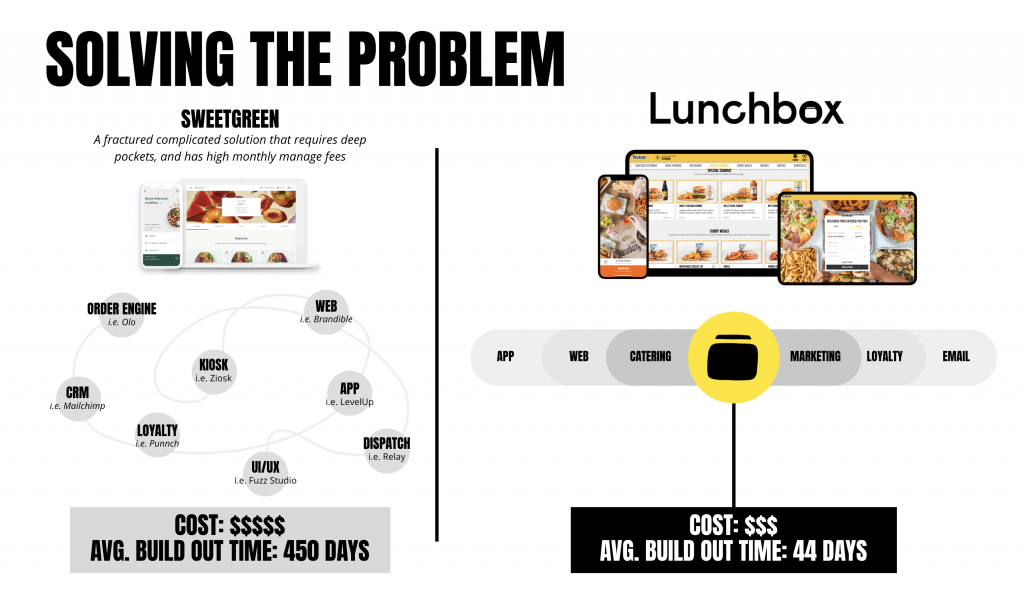 “I will go ahead and create a cover with the title with the screens of the brand we want to sign,” Nabeel said on Digital Hospitality about creating a Nation’s Restaurant News magazine cover featuring Bojangles to help visualize a goal. “And I shared it with my team because I believe if you don’t share your goals, how will my entire team know how to score?”

“I feel like CEOs will often have something in their head and they won’t share it with their entire team. I think that’s so wrong because if we all know where the goalpost is, we’re going to score.”

Nabeel is certain that the NRN magazine Bojangles cover he dreamed up will come true.

“In three months it will happen because we’re working really hard on it. In fact, I had my team go out to North Carolina, shoot videos and footage with Bojangles and with our app, and we’ve just sent it over to them. So we’re going to win that deal.”

“And I will be very, very upset if we don’t, because we work really hard. We go above and beyond for every single thing we do: our logo, our design, our branding, our customer service, our storytelling, everything really, really matters. And when you practice so much, you know how the game will play out.” 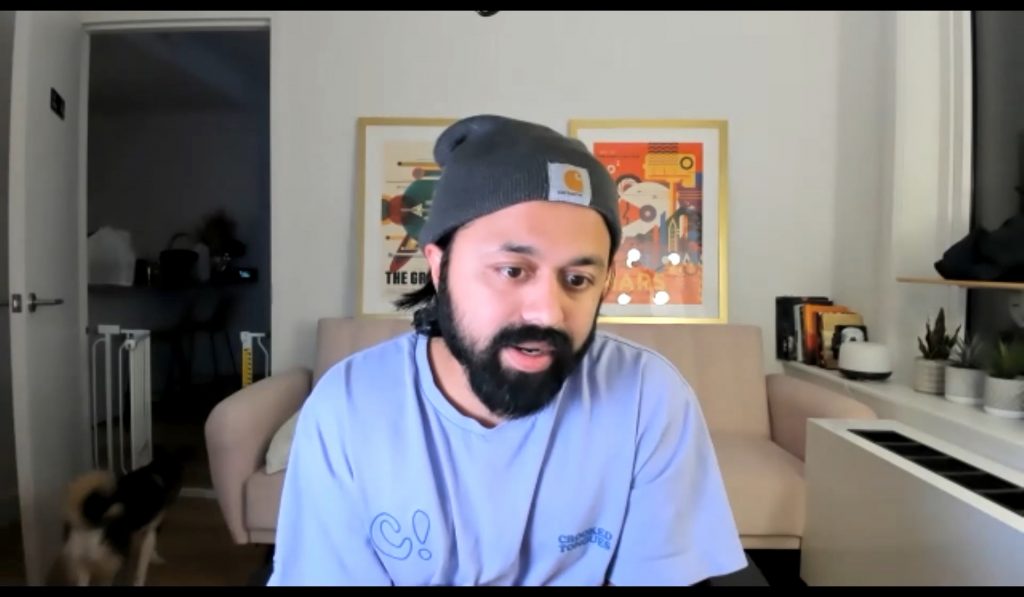 That’s confidence right there. A confidence that has led to dream after dream being realized for Nabeel.

“That’s why we try to be transparent with our goals as well, even the short term goals.”

The Lunchbox company is built by restaurateur for restaurants. It’s clear that knowing the hospitality industry inside and out has inspired Nabeel and his cofounders Andrew Boryk, Hadi Rashid, and Mohammad Afzal to create a company that seems to truly care about the well-being of restaurant owners. 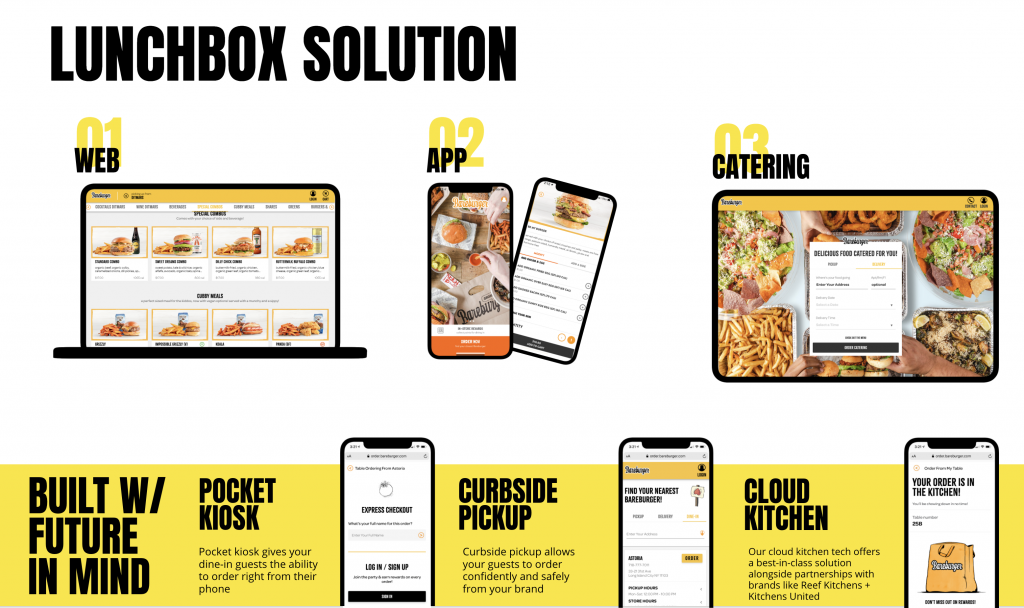 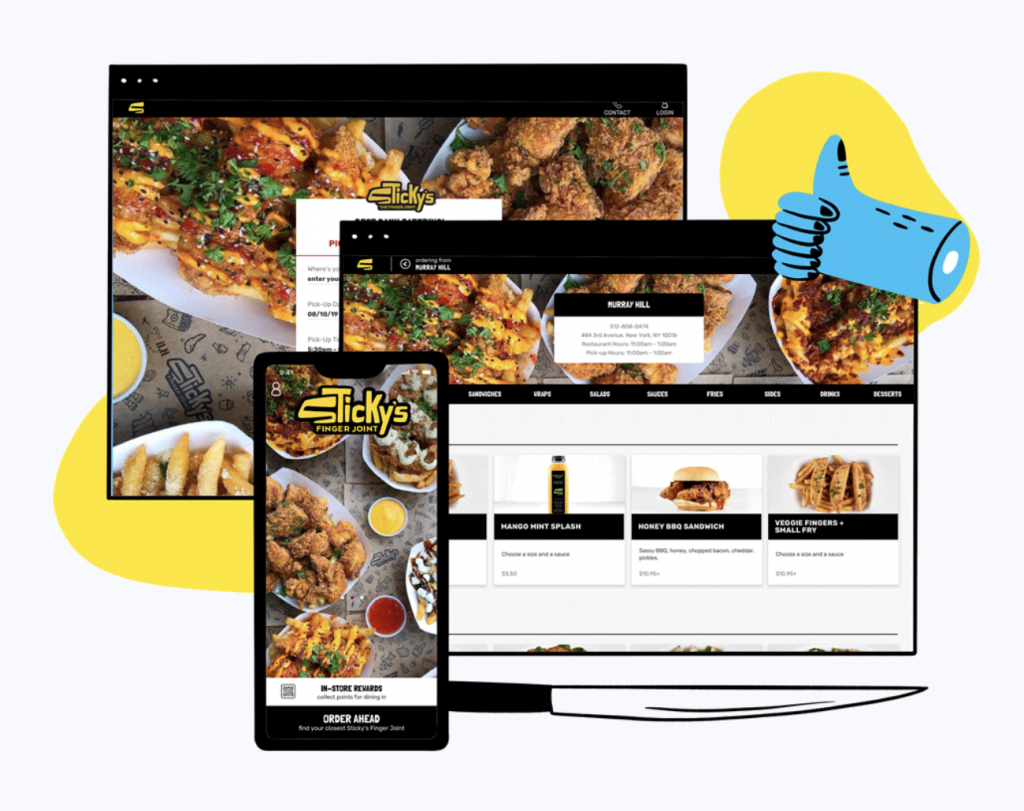 Lunchbox provides a collection powerful digital ordering as well as marketing services and growth hacking solutions for restaurants. The technology company transforms brick and mortar restaurants into digital restaurants built for the technological now — and prepares them to adapt into the future. 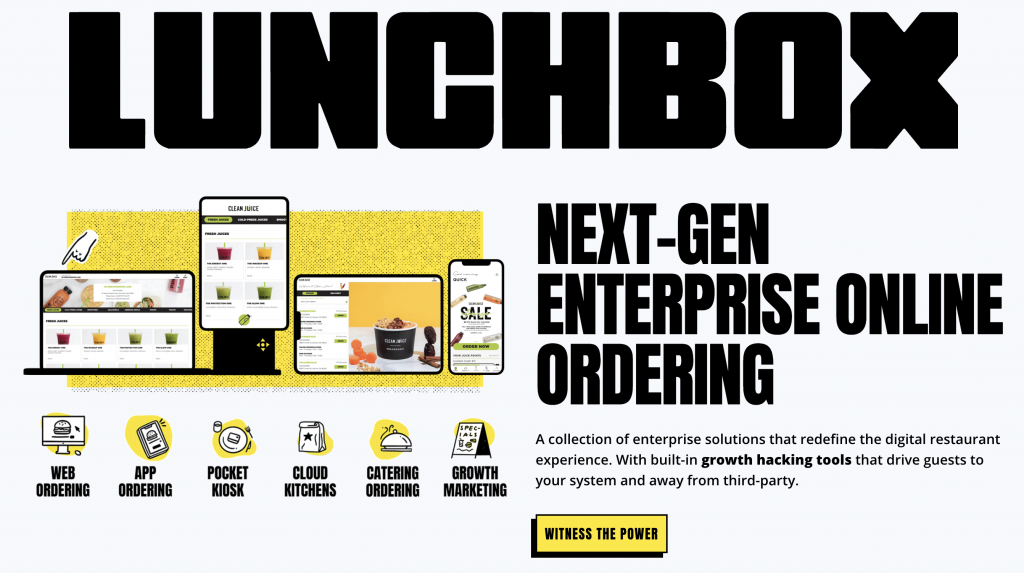 It has has received lots of positive attention for the ongoing mission to help transform the digital operations of restaurants — while relying less on third-party platforms. In 2020 Lunchbox Technologies Inc. raised $20 million in Series A funding.

Lunchbox launched with Bareburger in March 2019. Since Bareburger starting using Lunchbox, the company reports a 22 percent increase in digital sales from their website.

Bareburger — where Nabeel started his hospitality journey as a busboy and later as CMO — had 14 percent of their sales come from Web and App ordering before using Lunchbox. After Lunchbox, Bareburger has seen online ordering go as high as 36 percent of total digital sales.

That’s more money going directly from customers to the business actually making the food and not third-parties who siphon off feeds. 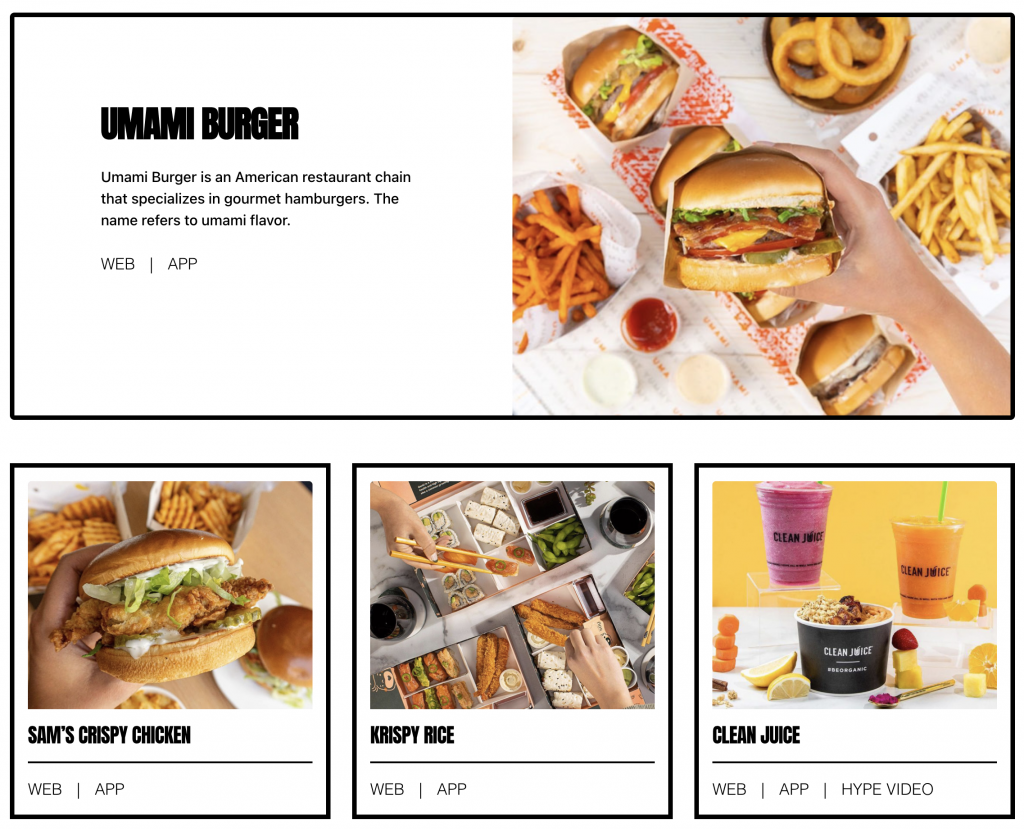 According to Lunchbox Industries Inc., every $1 moved over to in-house systems is as profitable as $3 made in 3rd party sales.

Nabeel was named one of Forbes’ 30 Under 30 for 2021 for good reason; he’s on an ever-increasingly important mission to help restaurants survive by helping them make money in house. 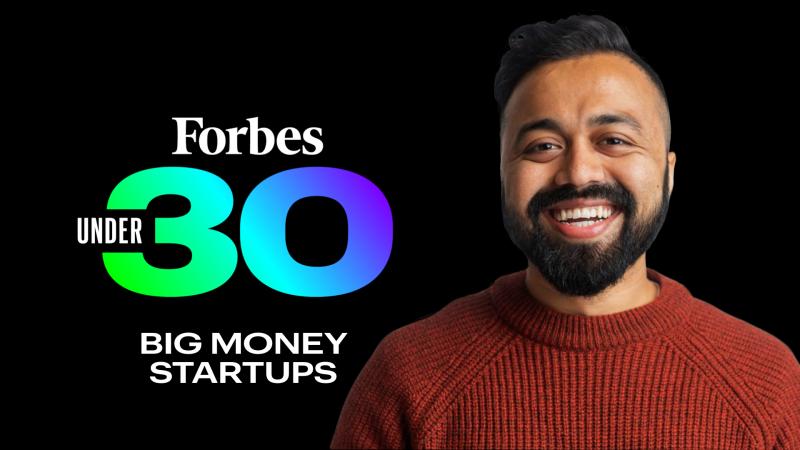 Raised in Bangladesh and Kuwait, Nabeel Alamgir moved to Queens as a teenager and started his career as a busboy at the original Bareburger restaurant. A few years later, he returned to Bareburger, this time in the C-suite as its chief marketing officer. Inspired by his firsthand experiences from the front to the back of the restaurant, Alamgir, who learned English from watching Martin Scorsese films, launched Lunchbox Technologies in 2019. The startup provides multi-unit restaurants with an online ordering system and marketing engine and has raised $22 million from investors like Coatue Management and Primary Ventures. (30 For 30 Bio Via Forbes at https://www.forbes.com/30-under-30/2021/big-money-startups/?profile=nabeel-alamgir)

Nabeel dislikes those big fees that are charged by many third-party tech companies — in fact its a pillar principle of his to push back.

Mixed messaging, UberEats? What happened to #EatLocal or #SupportLocal?

“At that point, it’s almost pointless for the restaurant to even take your order,” Alamgir told Inc. “They’re not making any money.” About 1 in 6 U.S. restaurants had to close for good in 2020 — over 110,000, according to the National Restaurant Association. The restaurants still in business after 2020 are now facing a future of more and more online orders for takeout and delivery.

“There’s no other agenda (to Lunchbox pricing). Pay us monthly fees. Not a long contract. No transaction fee, no percentage fees.”

Lunchbox operates as a SaaS (Software as a Service) company with a flat cost for restaurants around $200/month for each location. Along with Bareburger, Lunchbox has been used by Mexicue, Clean Juice, Fuku, Mulberry and Vine, and many more.

“I am a small player who was trying to bring voice and support to the movement,” Nabeel said about shining a light on the state of the restaurant industry in 2021 and beyond.

“I’m trying to educate two very huge groups of people. One, is restauranteurs who need to know that they need to go out and be independent from these third-party companies. Not fully, but in-part. Two, I must really educate consumers who think buying a Uber Eats is buying local.”

Before Lunchbox Tech raised more than $20 million in investments, it needed to raise venture capital. Despite that being something Nabeel had never done before, Nabeel felt confident.

As he does, Nabeel visualized raising money in the form of a $1.5 million check he wrote out, dated, and place in his wallet.

“I wrote a 1.5 million dollar check and I said we will be raising our seed. I put it in my wallet and I looked at it every day.”

Then the goal came true. After 72 rejections, came an important yes.

“We raised $2 million the same month,” Nabeel said on Digital Hospitality. “And we ran with it. We’re grateful for those investors.”

Nabeel recently wrote a meaningful post on LinkedIn about making it on the Forbes 30 Under 30 list. In it he listed his superpowers:

Life has been a trip —

☝️ These are my superpowers. I share these strengths with the restaurant industry, an industry that has taken me as one of their own. An industry of outliers. Our mission is to help restaurants survive and thrive. It’s a big task. We think we are the right people to take on this challenge but it is a daily uphill battle. Moments like these validate us a little bit every day. Everything helps!

We have the most incredible founders, engineers, marketers, and investors here at Lunchbox whom I couldn’t have done this without. Come join us!