Gotta give a shout out to @calicomfortbbq, @calibbq, and @calibbqmedia for this rockin' bbq sauce. The jalapeño one is off the charts! Love it!! Thanks guys!! https://www.instagram.com/p/CFXyAZpHYgB/?igshid=gircnzvdbevq

Can ghost kitchens bring restaurants back to life? https://www.restaurantbusinessonline.com/technology/can-ghost-kitchens-bring-restaurants-back-life

@JoeGuszkowski from @RB_magazine dives into the restaurant technology that will fuel #digitalhospitality into the future.

Fear of change & new technology can paralyze a restaurant from seeking the solutions they need to grow in a digital first economy.

@CaliComfort BBQ couldn’t be more fired up to have @ToastTab as one of primary tech partners as we build a new digital hospitality future. 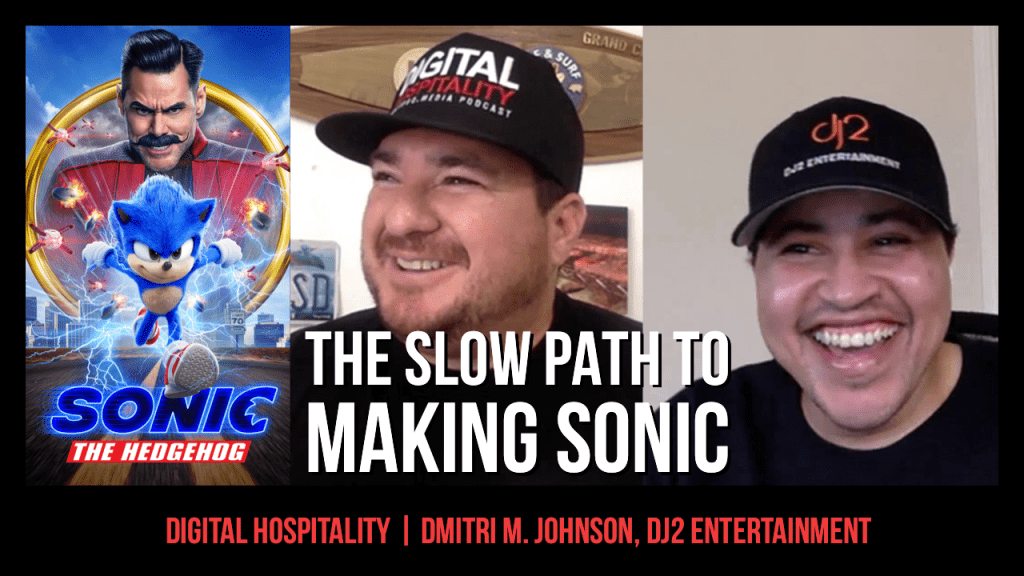 You wouldn’t normally associate the super-speedy Sonic the Hedgehog with anything “low or slow,” but that’s exactly how the legendary video game character’s 2020 movie blockbuster came to be. 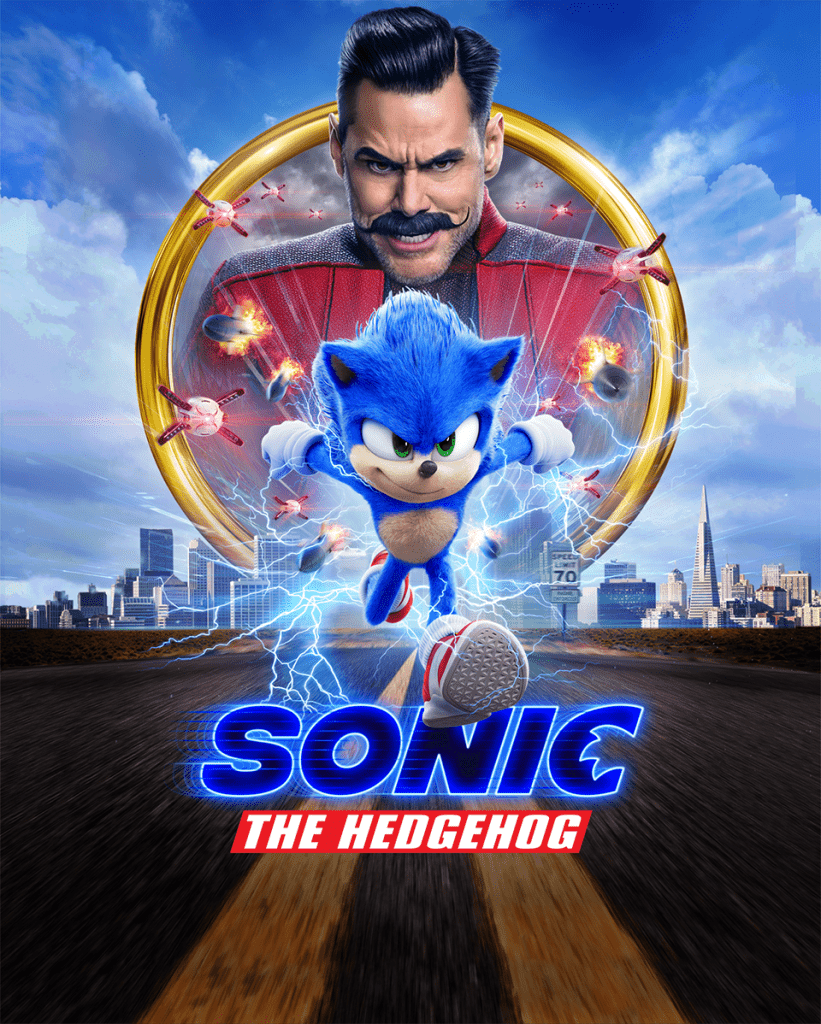 There’s so much that happens behind-the-scenes of any business before the consumer ever experiences the final product.

In the case of the Sonic the Hedgehog movie, while the animated hero might zip along at a quick rate, the movie he stars in took dj2 Entertainment and others involved in its production more than a decade to make.

“That was a process and a lesson: to keep pushing for almost a decade of your life.” 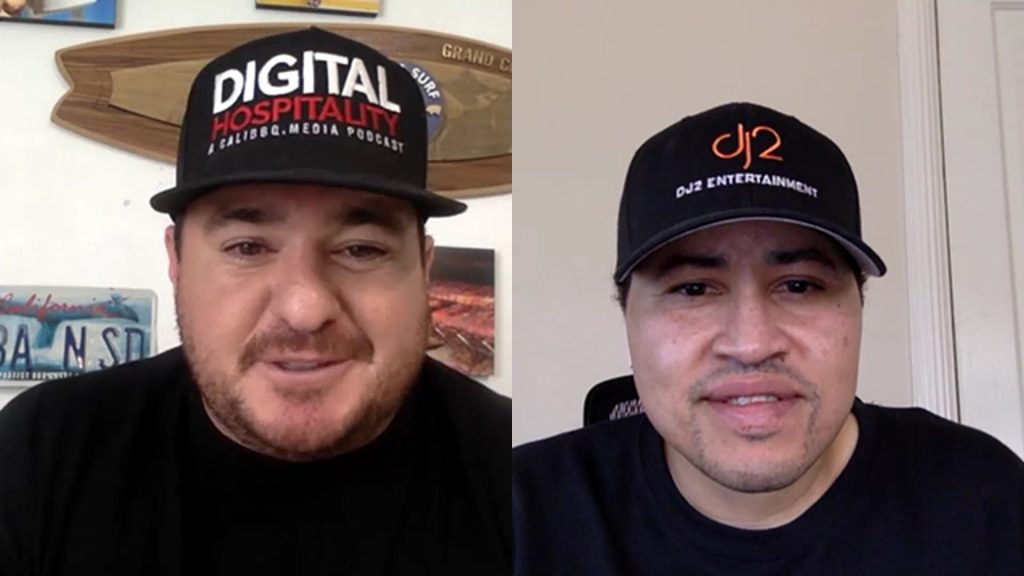 Sonic the Hedgehog became a huge hit because the people who were behind its creation made sure it was the best movie they could make for long-time fans and new appreciators of the spiky haired blue character.

Just like Cali BBQ’s barbecue, the path to producing Sonic the Hedgehog was low and slow for Dmitri M. Johnson and his dj2 Entertainment production company.

In 2011, Dmitri founded dj2 Entertainment. Since its beginnings, Dmitri and his team have worked tirelessly to acquire IP and rights from video games and other properties to story tell and create feature films and shows.

His mother’s ultimatum that he double majored in business alongside film has since paid off in his professional life.

“A skill set that I assumed I would never have to use came in quite handy,” says Dmitri on his business degree. “There’s a lot of business legal fires that have to be put out long before you get to have fun on the creative part.”

At dj2 Entertainment, Dmitri and his team have had to do their creative cooking low and slow just like Cali Comfort BBQ. Case in point, his acquisition of the Sonic the Hedgehog rights for this year’s blockbuster hit was years in the making.

As Dmitri alluded to, lots of legal work had to be done before the creative fun started. Once the IP was acquired, the process pulled out the inner child of all involved.

“At the script level, it was important to us to be as authentic as we could be,” says Dmitri M. Johnson about co-producing Sonic. “You want this to be something that kids can enjoy with their family.”

Responding to criticism of the online trailer and undertaking a redesign, Sonic the Hedgehog is a modern case study on flexibility and flourishing.

Humbly listening to the core audience and adjusting accordingly, the Sonic feature film was retooled. 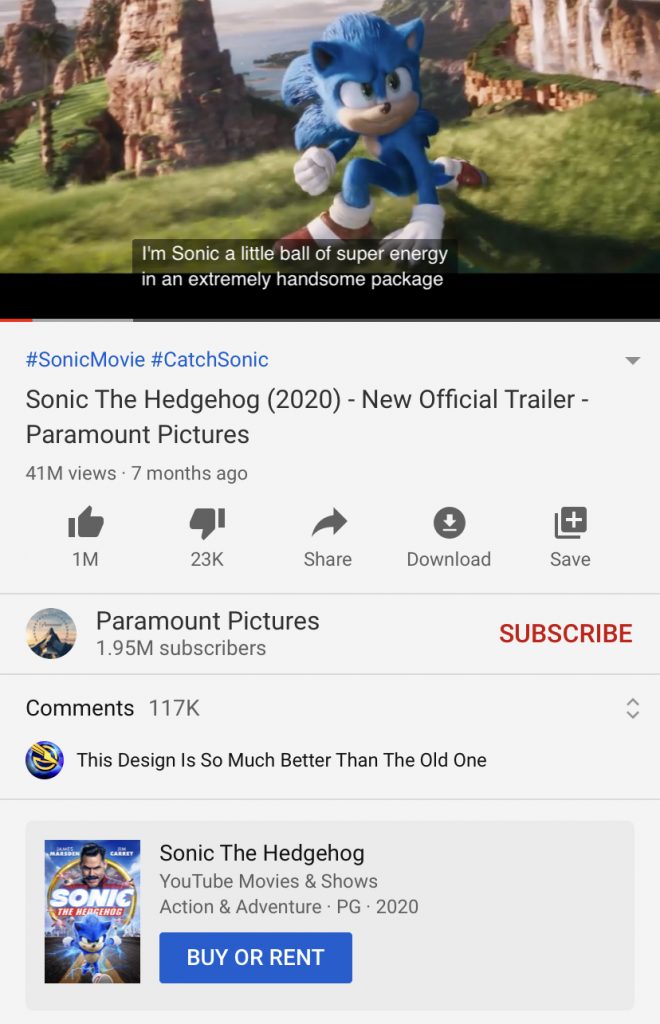 The result? It absolutely smashed at the box office and broke records by grossing an estimated $85,000,000.

“We wanted to make sure that we were honoring people like us who grew up loving it,” Dmitri told Shawn Walchef on Digital Hospitality.

“We always want to honor the existing audience as much as we can, and we also want to make it accessible to someone who may not come in with that built-in knowledge. I always try to wear the hat of the fan. If I were coming to this, how would I feel? Would I be super excited?”

Excitement showed in the early critique, and it more so showed in the final product. For Dmitri and his team at dj2 Entertainment, Sonic may have been 10 years in the making but it’s just the start.

#Repost @sir_dmj ・・・ Only the beginning – lots more to come from the @legendary / @dj2_entertainment Team. Stay tuned.

“The gaming business on a global scale is massive,” Dmitri notes. “It’s growing faster than film and TV. It’s going to be the biggest industry in the next couple of years.”

As a producer, Dmitri is working on the rights to numerous gaming properties that will be turned into movies, TV shows and more.

“I can be working on multiple projects at a time,” Dmitri says of his role.

At 39 years of age, Dmitri M. Johnson is still the kid who wasn’t supposed to be in a grown-up movie. What he ended up becoming is the grown-up making the biggest family and kid friendly movie of the year.

As you’d imagine, it would all start when Dmitri was a young child in California. On one fateful day, the Johnson family brought home a new toy that Dmitri quickly made his own.

“This journey started a long time ago,” reflects Dmitri Johnson about his childhood on the Digital Hospitality show. “When we got our first massive camcorder in the house, I realized that I can go and make my own sketches.”

So, would Dmitri’s first sketch films lean towards drama, action or comedy? It appears for all involved – including the adult audience – they encompassed all three.

“When I started training martial arts, everything became a karate movie,” laughs Dmitri about his early artist endeavors. “I remember giving my mom and my friends’ parents heart attacks. They would see us doing sidekicks off a room, getting these shots.” 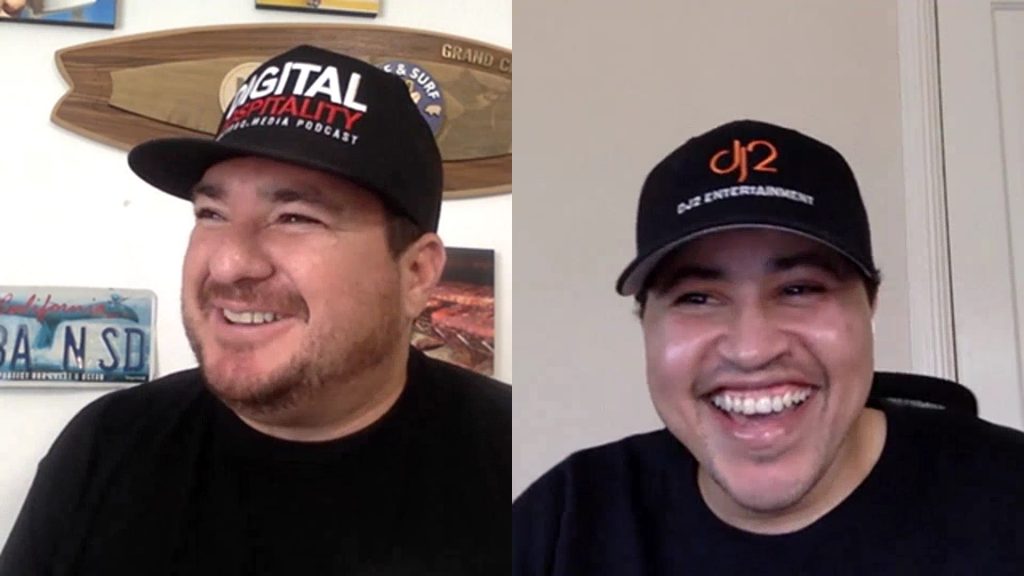 Dmitri’s mom and his friends’ parents may have been headed for the ER based off Dmitri’s early work, but the ambitious kid was finding direction.

“It was at like eleven or twelve years old that I knew it’s what I wanted to do,” Dmitri M. Johnson reflects. “At that point I wasn’t sure if I wanted to be in front of the camera or behind the camera.”

Working diligently on his homemade kung-fu flicks, Dmitri’s best Bruce Lee impression wouldn’t land him a role in Rumble in the Bronx. However, it would spur his first appearance on the set of a major Hollywood film.

“B*A*P*S,” Dmitri says with a smile, referencing the 1997 movie starring Halle Berry that he was able to see up close and personal as a child. “Robert Townsend directed it and I had managed to get casted as an extra. I was supposed to be 18 or 19 years old for the part, but I was really like 13. Halfway into the day of shooting, people started looking at me and I got pulled aside.”

“Robert Townsend actually came over and spoke to me,” recalls Dmitri about meeting the accomplished filmmaker. “I got to pick his brain and really kind of understand what a director does and what a producer does.”

The martial arts master now had one-on-one time with a super sensei. Production would become the calling card for Dmitri as he ascended into Hollywood. However, that ascent would be propelled by years of schooling and hard work.

Between being a 7th grader on the set of B*A*P*S and the eventual founder of dj2 Entertainment, Dmitri’s amateur education would pave the way for his paid profession. Attending The Bishops’ School in La Jolla, CA with our own Shawn Walchef, Dmitri’s young exuberance was fostered at the Episcopalian private school.

“Bishops took a kid who could have easily been perceived as a lunatic and really encouraged my insanity,” Dmitri jokes. “They were really dedicated to providing resources. By the time I got out of there, we had Adobe Premiere 5 which was the stuff at the time. The thing I got most at Bishops was learning what was possible and what was out there.”

Following his high school days, Dmitri attended Chapman University nearby to continue his path. “Chapman put the camera in your hand from Day One,” Dmitri recalls. “My mom said that if I was going to pursue a film degree, I also had to do a double major in business.”

Two majors prove a heavy load for any college kid, but it was just scraping the surface for Dmitri.

“I was able to pretty quickly start getting into internships,” says Dmitri of his college days. “When I talk to kids today — especially those like myself who don’t come with any connections in the business — I cannot stress enough how important internships are. Being the first one in being the last one out, putting in the work, that is 100% why I am where I am today.”

Over his academic era at Chapman, Dmitri juggled multiple majors and afterhours internships. By the time he was ready to toss up his cap, he knew he’d land a gig.

“I graduated on a Saturday,” Dmitri recalls of his time at Chapman. “I knew that Monday I was going to be in a place where my internship was going to convert into an actual opportunity to make money. That that wouldn’t have been the case if I didn’t have the access to be able to go and work for free. Again, this is someone who didn’t necessarily have an infinite amount of cash coming in. That was that was a sacrifice at the time, but it was a necessary one.”

The abundance of free work and the enthusiasm toward it provided the path for Dmitri to carve his way into the film industry, even without the funding or connections that open doors for the fortunate.

“If you’re looking to get into the industry with no connections like myself, go work for free and treat it like it’s the greatest job you’ve ever had,” says Dmitri. “You will be noticed.”

Noticed he was. Dmitri’s perseverance in high school, college and internships all added up to Dmitri becoming a producer in Hollywood.

As he nears his 40th birthday, Dmitri M. Johnson continues to listen to the little kid voice that still lives inside him while he picks what projects he gets behind.

“Honestly, how I gauge most of the projects I get behind to this day is asking myself, Can a little kid me still get fired up like I would, you know, 20, 30 years ago? The answer has to be yes.”

30 years ago, the kung-fu phenom was fired up about making his own movies but he wasn’t sure if he wanted to be in front of or behind the camera.

20 years ago, on the set of BAPS, a chance conversation with Robert Townsend would set him on his path.

Today, the same passion from his youth drive both his creativity and his work ethic.

“For me I’m still that little kid on set,” smiles Dmitri.

dj2 Entertainment is a film, television and digital content production company that is led by lifelong gamers and media professionals who specialize in video game adaptions for TV and movies.

Thank you for reading, listening, watching, and learning with us.