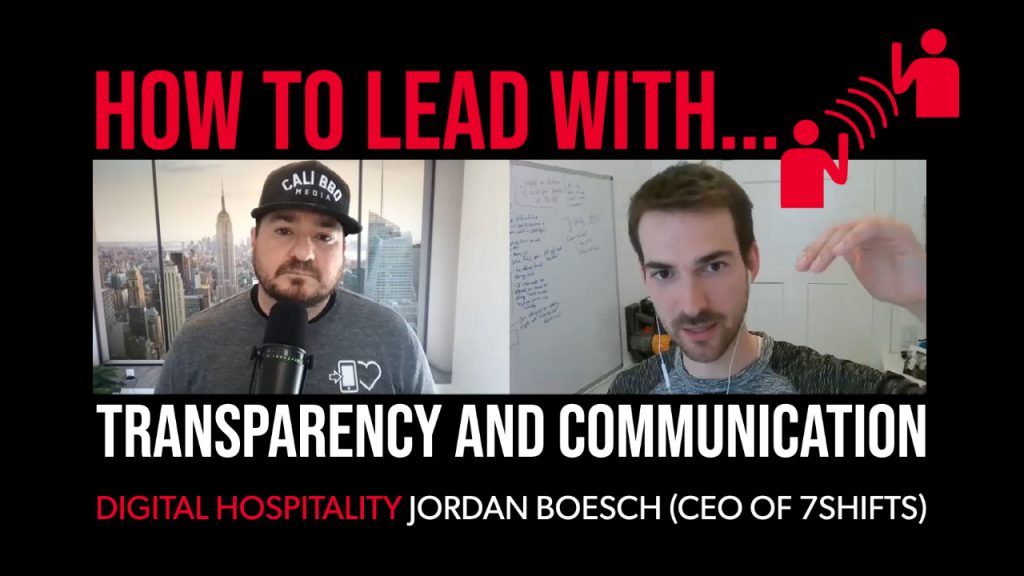 7shifts CEO Jordan Boesch faced every peer’s nightmare in the spring of 2020 when he had to relieve dozens of beloved team members of their duties.

Everybody wants the dollar signs and status associated with being a CEO. But nobody wants to be a chief executive officer when it’s time to furlough 40 employees.

“We had to tell the company that we had to lay off 40 people,” remembers Jordan Boesch on this episode of the Digital Hospitality podcast. 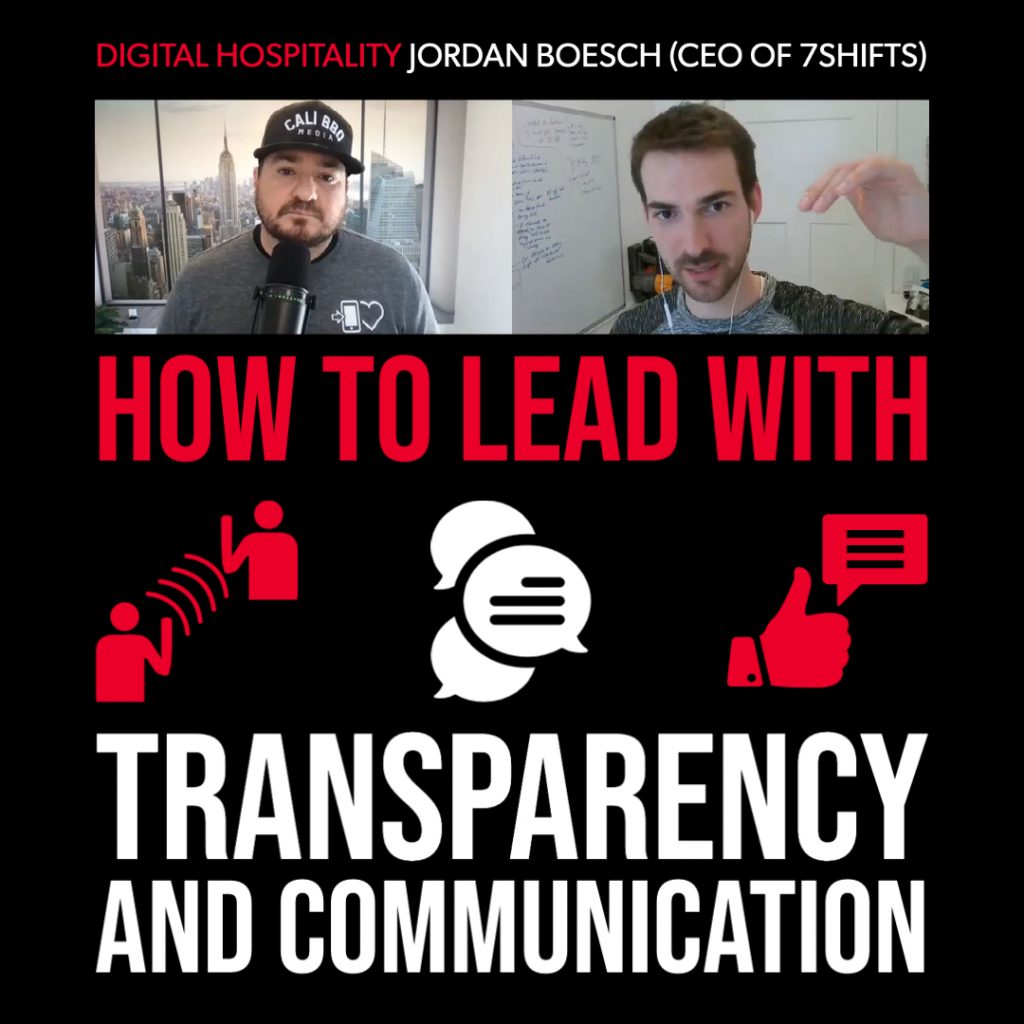 Watch or listen to this Digital Hospitality interview with 7shifts CEO Jordan Boesch and let us know what you learned or liked from the conversation.

The hospitality industry is rebuilding so it’s a great time for restaurant owners and operators to improve their employee management systems.

• Learn more about 7shifts at: https://www.7shifts.com/about

• Book Jordan Boesch (CEO/founder) for a Speaking Engagement at: https://www.7shifts.com/jordan-boesch

Overcome with sorrow, there was no way to right the wrongs of how the pandemic decimated Jordan Boesch’s technology company built for helping restaurants with their scheduling.

With major roster cuts made at a moment’s notice, one would expect employees – both furloughed and retained – to be heated.

However, after the cuts, Jordan’s phone began blowing up not with rage, threats or venting, but actual praise and gratitude.

“The outpour from not only existing staff,” Jordan discussed on Digital Hospitality, “but staff that were furloughed, to me personally, was just like, ‘Hey, Jordan, totally understand. I’d love to come back as soon as you guys will have me back.’

“So many people were like, ‘Hey, I’ll wait. I don’t I don’t care that I was furloughed, I want back in the company.’ We got a lot of messages and support from existing employees that said, ‘You guys handled that better than any company that would have ever handled the situation.”

By creating a culture at 7shifts built off of transparency, honesty, feedback and betterment, Jordan Boesch’s team trusted that the tough decision was made with love and reflected reality. 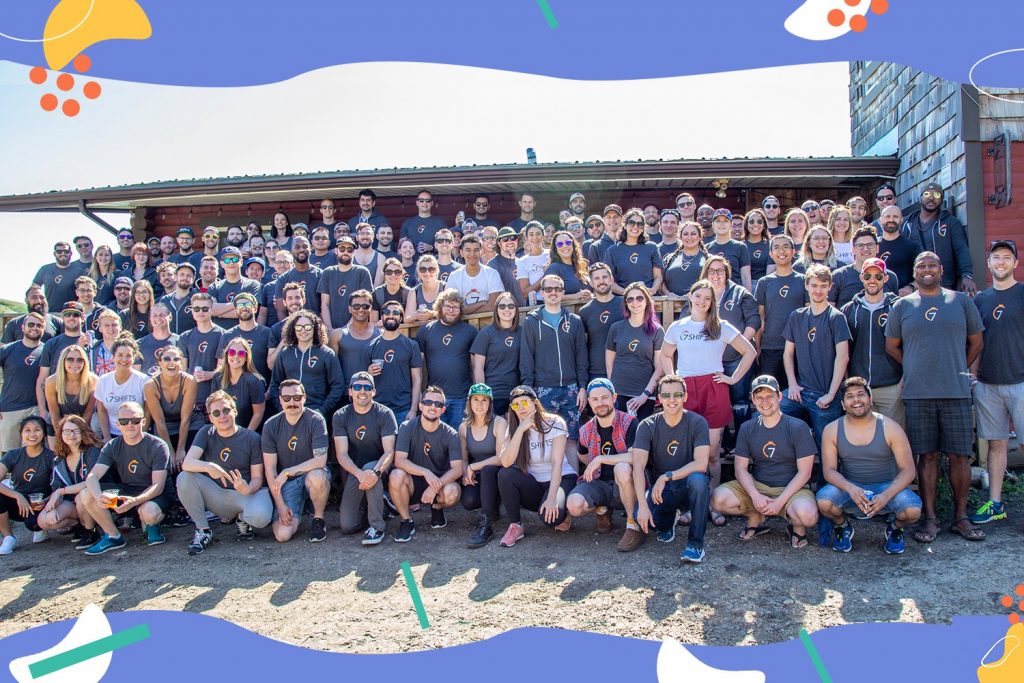 This is because it was.

How to Attract the Best Talent —

While Jordan Boesch was still surprised at how well his staff responded to the difficult decision he chose to make, he felt his unlikely situation and even more unlikely outcome was a sharing moment to help others.

Shortly after the furloughs, the tech CEO published a Medium article about how to handle layoffs due to the COVID pandemic. Check out the detailed 7shifts strategy document for layoffs that was shared by Jordan at:  https://docs.google.com/document/d/1OV_G0CDS_fGCZFBpJWttVYO7LrRdxdJAwxxGtn0XDQE/

Not only did sharing his thoughts and strategy help his peers in need during a tough time, it attracted talent to his network by putting out his perspective.

7shifts gets $21.5 million investment from EHI —

Enlightened Hospitality Investments (EHI) growth equity fund, managed by influential restaurateur Danny Meyer, invested $21.5 million in 7shifts during a Series B funding round, joining other investors. Danny Meyer is CEO of Union Square Hospitality Group which uses 7shifts at its bars, restaurants, and other venues.

“The restaurant and hospitality industry is about to experience one of the biggest periods of growth and hiring we’ve ever seen, and having the right technology in place to manage this process will be a crucial component to succeed,” Danny Meyer said in a press release about the restaurant industry in 2021.

“Our business leaders have been uniformly impressed and inspired by the staff management platform 7shifts has built,” Danny Meyer continued, “and we look forward to our work together to help further propel 7shifts into becoming our industry’s gold standard.”

Leaders Should Always Be Learning (ABL) —

Jordan Boesch is what most would call a lifelong learner.

Despite his weighty title and celebrated accomplishments, the 7shifts CEO/founder is always available for feedback whether he’s handing it out from up top or receiving it from staff and clients.

“I can’t build a great product unless people are telling us what’s not great about it,” reveals Jordan. “That’s where we can improve. That also means that we have to behave that way internally throughout any feedback that we get from our peers unrelated to the software itself. Say if you don’t like the way I ran that meeting and have some suggestions or we had some friction, then let’s debrief.”

At any time, but especially tough times, having a CEO that listens and can be checked matters. When the leader of the company is willing to be pulled aside and given feedback on how he’s doing his job then you create a culture where even those furloughed are sending thank you calls and asking when they can start back.

It’s important to note that while Jordan Boesch keeps it real with his team, he looks out for his clients just the same.

“Some competitors of ours were not even offering any type of relief for these restaurants,” notes Jordan. “I couldn’t believe it. This is a long-term game. It’s insane that you’re not going to offer relief.”

Taking a loss on behalf of the restaurants he works with during the pandemic did not make his life any easier in 2020, but it did set the precedent for new clients coming into 2021.

“We had a lot of folks that came to us that were like, ‘Hey, we didn’t get any support. We saw that you guys support your customers really well,'” recalls Jordan during the podcast interview. “That attracted a whole new set of partners and customers.”

As doors open and mask mandates are lifted, Jordan and his team at 7shifts will be helping new and existing clients by improving their services.

“You’re in this constant state of innovation,” says Jordan on 7shifts. “But it’s so fun because you get to see it unfold. People say, ‘This saves me hours! This saves me thousands of dollars per month!’ I want to be able to give managers tools to help make their job a little bit easier, especially when there are so many first-time managers in this space.”

Whether the tools are software programs that took years to engineer or Medium articles that took hours to write, Jordan Boesch is in the business of helping others. As a CEO and a leader, he’s humble enough to share his own struggles and grounded enough to receive feedback.

By leveraging transparency and idea sharing, Jordan Boesch is redefining what being a CEO is all about. 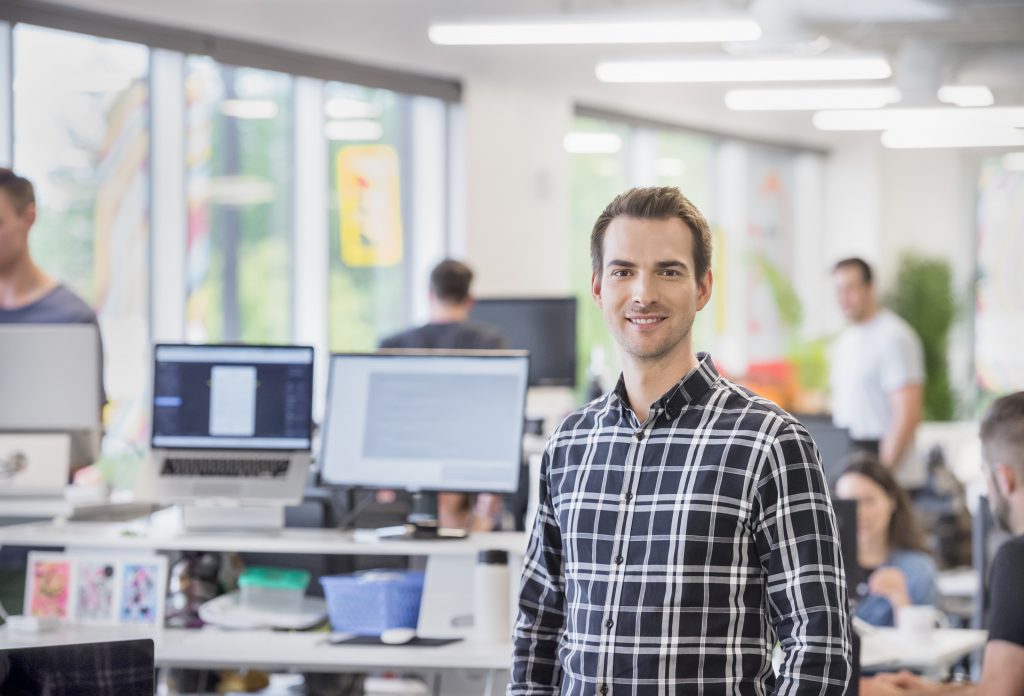 7shifts was founded in 2014 by Jordan Boesch while working for his dad at Quiznos. He witnessed the pains of building schedules first-hand while watching his dad manage and schedule several employees across his two locations. It was at that point that he began building 7shifts.

7shifts exists with a core purpose – To simplify labor management and improve performance for restaurants, freeing up time for managers to focus on serving their customers. 7shifts focuses 100% on the restaurant industry and works with best-in-class technology partners to seamlessly integrate all of the stages in the employee lifecycle – from hiring, training, scheduling, paying and engaging/retaining.

Today, 7shifts is used by over 15,000 restaurants across North America and is providing over 350,000 restaurant workers with engaging and easy-to-use app, all while giving managers the peace-of-mind they deserve. Bio from: https://www.7shifts.com/about