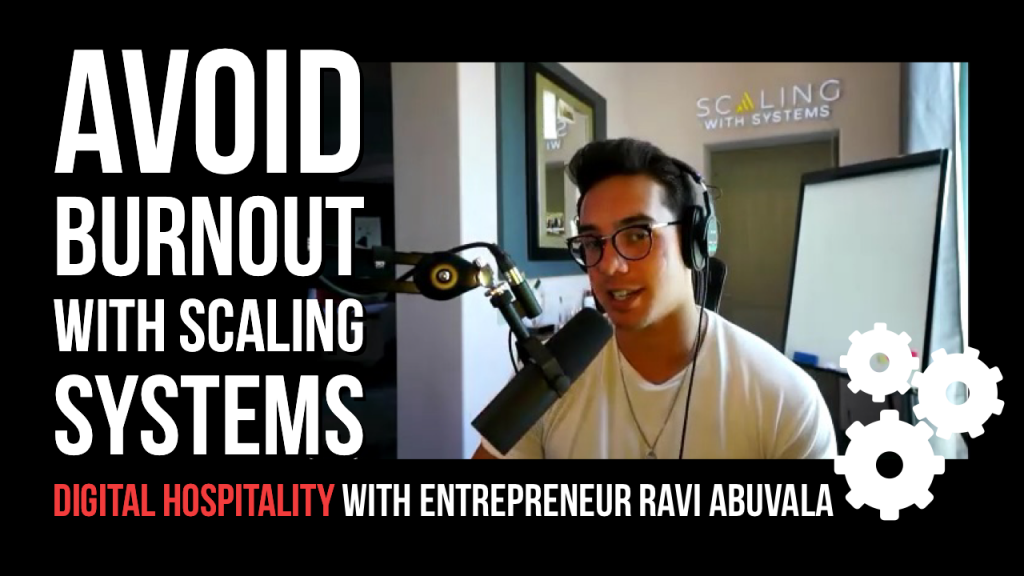 Ravi Abuvala has a challenge for any aspiring entrepreneur, but only if you choose to accept.

Lots of time adds up when you jot down the minutes, perhaps hours, you spend each day scrolling, watching and liking other people’s personal brands on your favorite platforms.

Here’s what you can do now instead with that time.

“Start becoming a producer over a consumer,” Ravi Abuvala said in a conversation with host Shawn Walchef on the Digital Hospitality podcast. 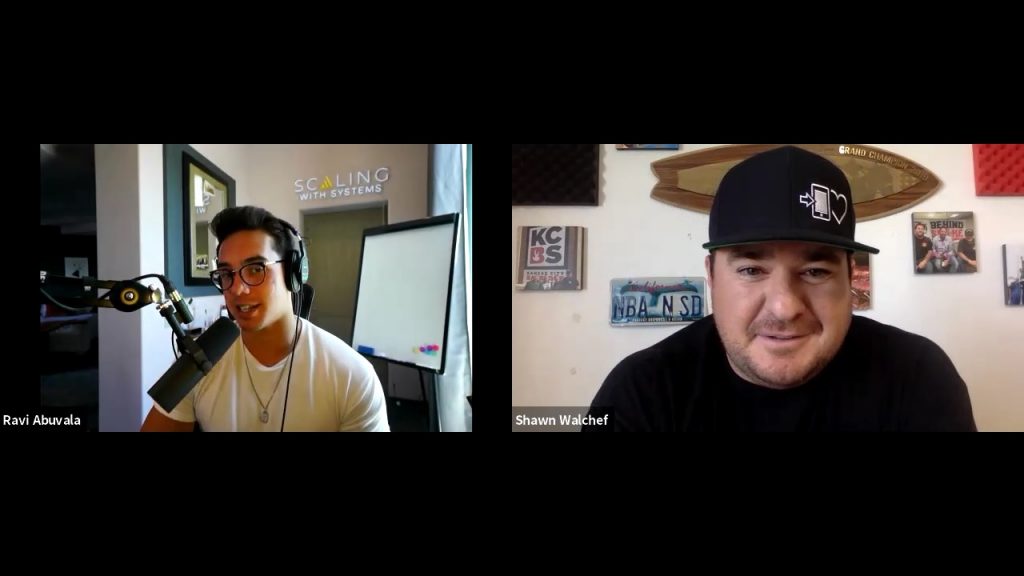 Learn more about the steps it took for Ravi Abuvala’s Scaling With Systems to scale two companies to seven figures in a free training course at www.scalingwithsystems.com/gift.

How to Avoid Burnout

Every entrepreneur has to hustle. But eventually you have to have systems in place to take over and take you to the next level.

If not, you risk hustling forever and experiencing burnout. Systems allow entrepreneurs to let virtual assistants, automation and the idea steer the business, thus giving the owners the opportunity to invest in a personal connection with their community and build their brand.

“The majority of things are pretty mundane if you’re the business owner,” Ravi Abuvala notes.

By bringing in systems, you can free yourself up from the boring to revive and redirect your hustle.

“You’re not drained,” says Ravi Abuvala on bringing in systems and automation into your business. “You have so much more energy.”

As much of the world is at a standstill in 2020, the opportunity is high to begin creating your own content to build your own brand instead of aimlessly looking at those of others. 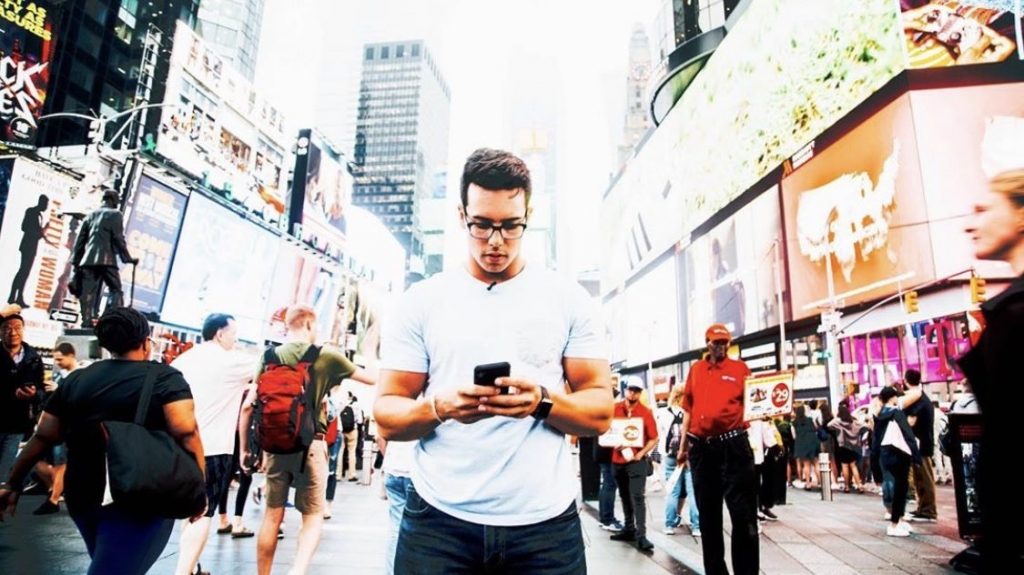 This pivot from consuming to producing might seem obvious, it might even seem harsh. However, Ravi has the credit to encourage it.

Why? He did it himself.

Finding Inspiration for a New Career

Ravi Abuvala’s early career goal was to be a lawyer, something his parents told him was the right thing to do. It wasn’t his path.

“After I graduated college, I’d worked for the governor of Florida and I started getting a taste that maybe law and politics isn’t for me,” Ravi said.

After a life of studying for law and excelling at undergrad, he was beginning to have his doubts. Around that same time, Ravi’s father became ill and suddenly he was surrounded with the reality that life is not promised.

While taking care of his father and studying for the LSAT, it became clear that Ravi was capable of going to law school, but it wasn’t his dream.

“I just decided, you know what? This isn’t for me,” says Ravi.

“I got hit by a Ty Lopez ad about making money online and I was like, you know what? Let me just give this a whirl.”

Ditching a life of law school expectations and taking a chance on online entrepreneurship, Ravi began building businesses on the internet.

Early on there were valleys, but eventually the peaks proved worth it.

“I had an advertising agency and when we launched scalable systems, we hit six figures in 30 days,” Ravi says on this ah-ha moment. “The reason that we did it was because I had built up this huge following. It was on the advertising, but it was also on me as a brand.” 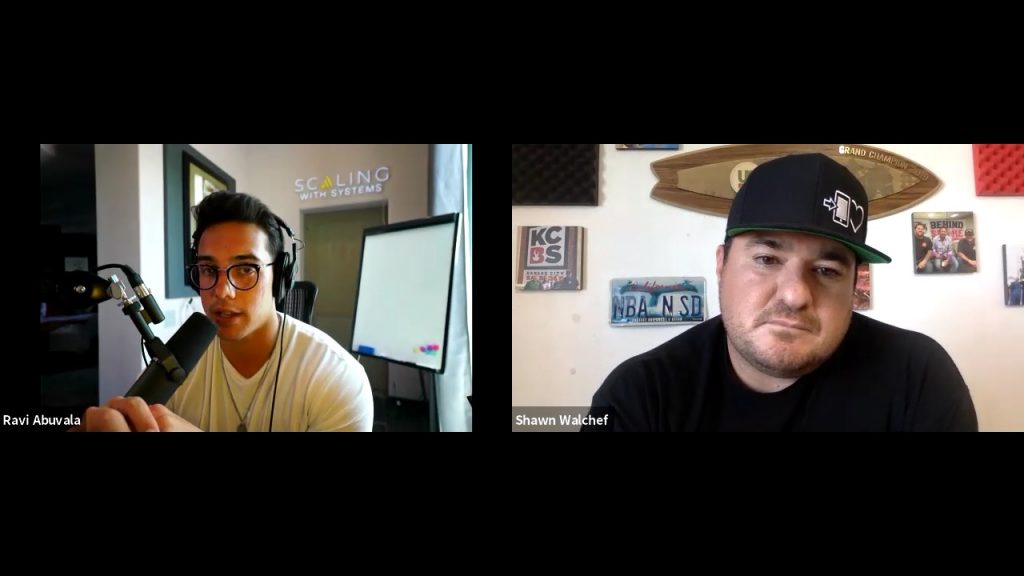 Ravi’s realization that he could build a business with scalable systems proved his calling card. Using systems allowed him to save time to make his business more efficient while freeing him up to better brand himself and thus create a deeper connection with his customers.

Systems were able to help Ravi so much in his online entrepreneurship and they could for you, too.

A major component of systems is automation. Rather than occupying yourself as business owner with the mundane, systems automate such steps to free you up.

It sounds great, and it is. But some worry that systems take away personalization. Ravi says it’s quite the opposite.

This proves true in Ravi’s systems that use virtual assistants to message potential clients, customers and collaborators. 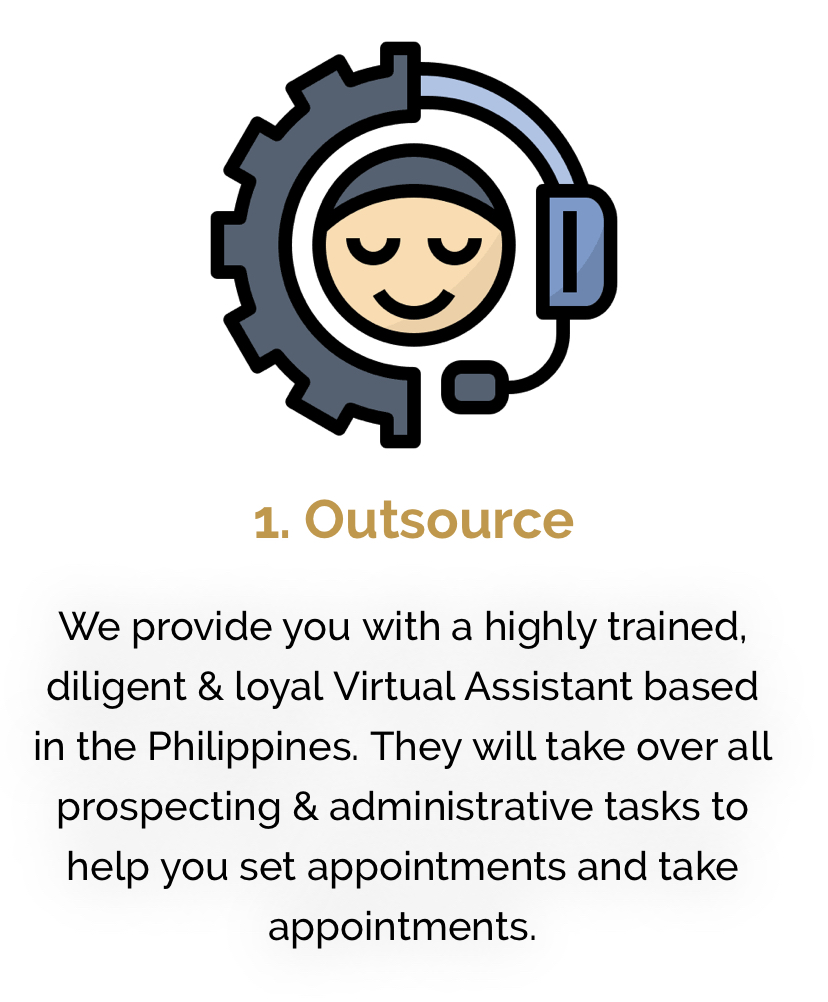 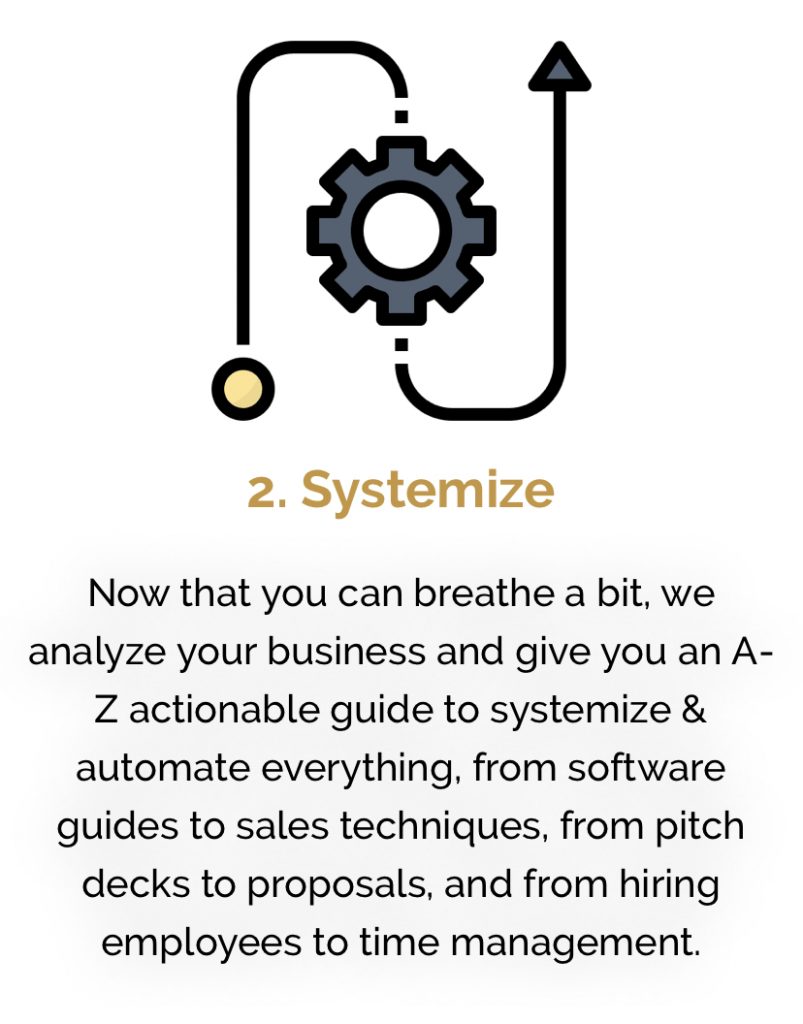 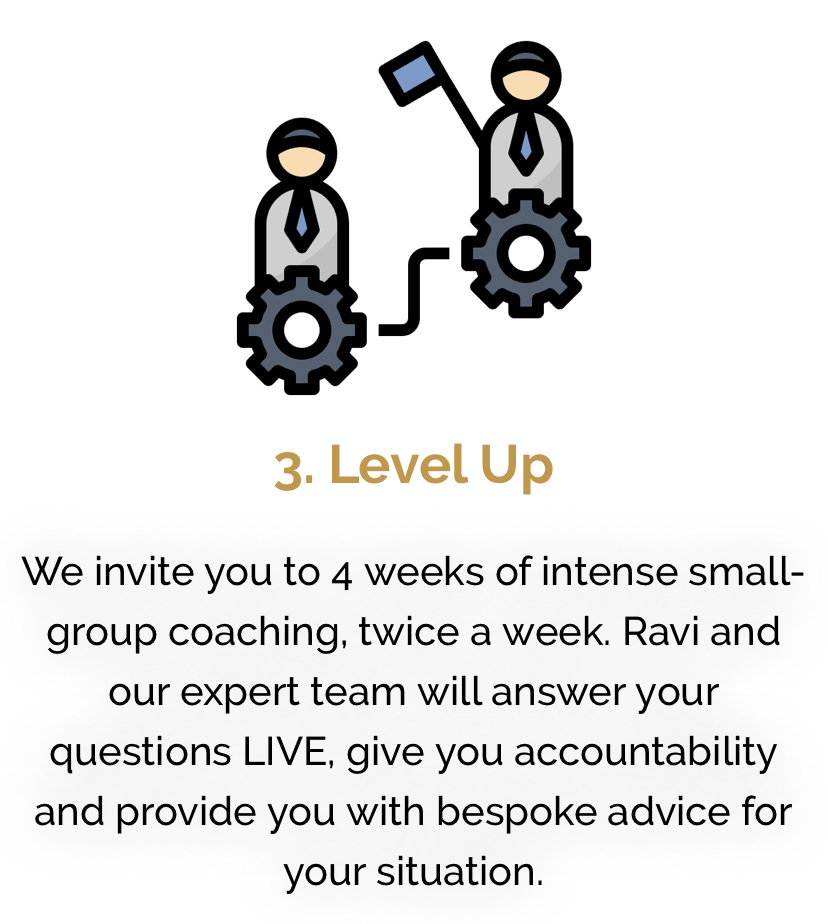 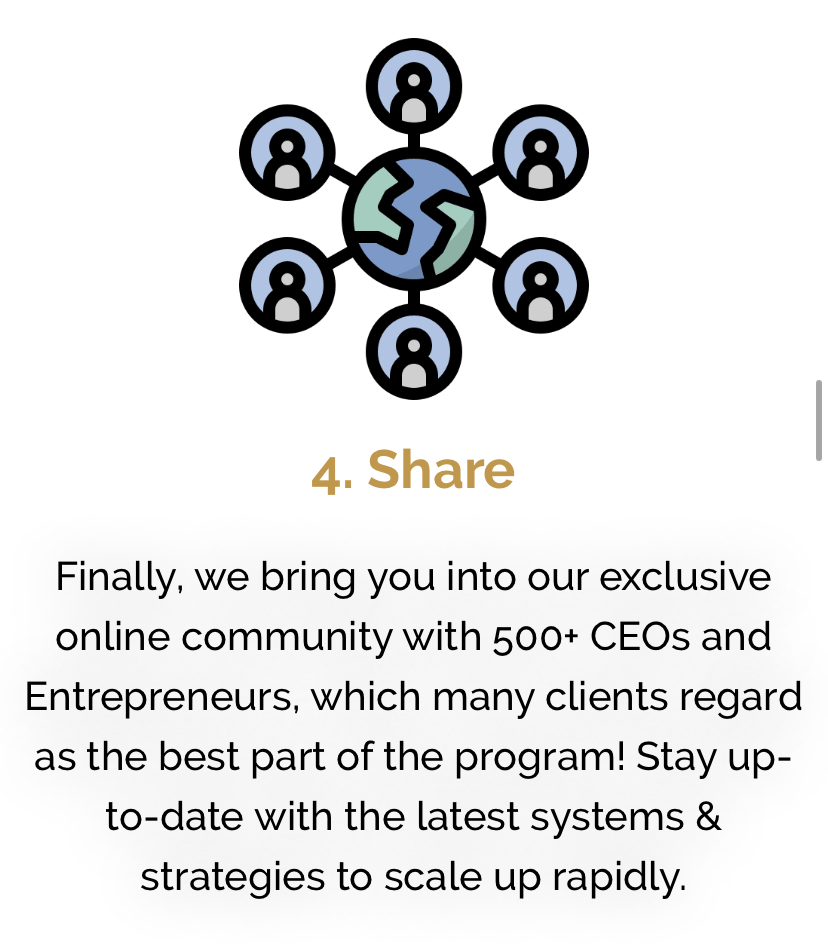 “We’re using automation delegation to start the conversation with someone,” says Ravi on his virtual assistant system. “Once the conversation has started, now you can have this real personal, in-depth relationship with this person that could open up doors that you never even thought was possible.”

By automating the mundane or uncertain, owners are freed up to engage directly once the mundane is done and the interest is certain.

“Eventually you’re so removed from the day to day operations that your time is spent on building and optimizing the systems,” Ravi Abuvala says. “Systems are an asset. They are 100% an asset to your company.” 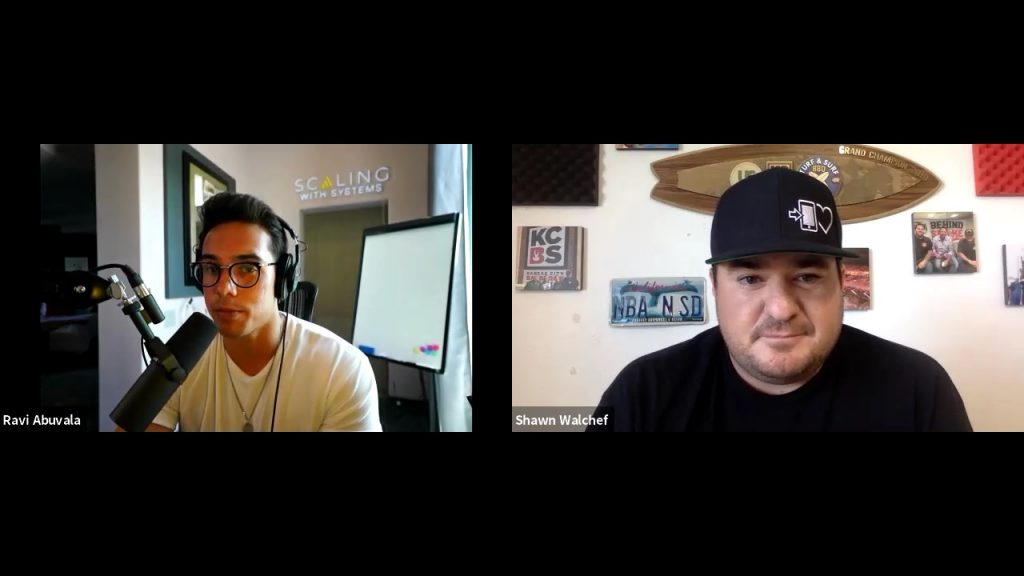 In the age of the digital world, systems are more important than ever when it comes to freeing up owners and entrepreneurs. Getting the word out on your business is a must and it’s most important when it’s coming from the person up top.

By using systems and virtual assistants, Ravi was able to engage more with his own followers and that of his business. Having the time to establish and build these relationships in turn amplified his business.

The importance of an emotional connection with your customer is huge.

For Ravi, much of this connection and outreach comes from his content on social media.

“If you can make a video for ten minutes a day and it can change someone’s life, I would see that as worth it,” says Ravi. “Now they trust you. Now they’re coming to your restaurant. Now they’re coming into your place. They’re seeing you face to face.”

Making those connections over social is much more than manipulating the math behind the apps, it’s letting people know who you really are and allowing them to connect with the highs and lows of your business.

“If you’re trying to figure out how to hack or master that one platform, you’re just going to be swept underneath whenever the algorithm changes,” Ravi states. “Personal branding is pulling back the curtain, showing your personal development, showing customers success, showing your story. What makes you different? It doesn’t matter what channel it’s on. You can use it anywhere.”

So, are you ready to tell your brand story to connect with your customers?

If you accepted the first challenge at the start of this article and realized you do have the time, then it’s up to you to do more.

If you realize you don’t have much more time to do so or would like some help, then contact Ravi Abuvala and see how implementing systems can help you. Learn more about Scaling With Systems.

Ravi Abuvala is a multi-millionaire entrepreneur and speaker based in USA. He is best known for developing a high ticket lead generation and scalability roadmap, and skilled virtual assistant outsourcing system for businesses, Scaling With Systems. (Bio from Wikitia)

Want to watch be build a cash machine for our business? ? ? ⠀⠀⠀⠀⠀⠀⠀⠀⠀ One that spits out high-paying clients in under 7 days? ⠀⠀⠀⠀⠀⠀⠀⠀⠀ Click the link in my bio to get instant access to this free training and tag someone below who needs to see this! ?

Learn more about the Virtual Summit set for August 19, 2020 by following Ravi Abuvala on all the social channels and on his website.

Cali BBQ Media produces the Digital Hospitality podcast. Subscribe to the Cali BBQ Newsletter and get in touch by email by emailing podcast@calibbq.media