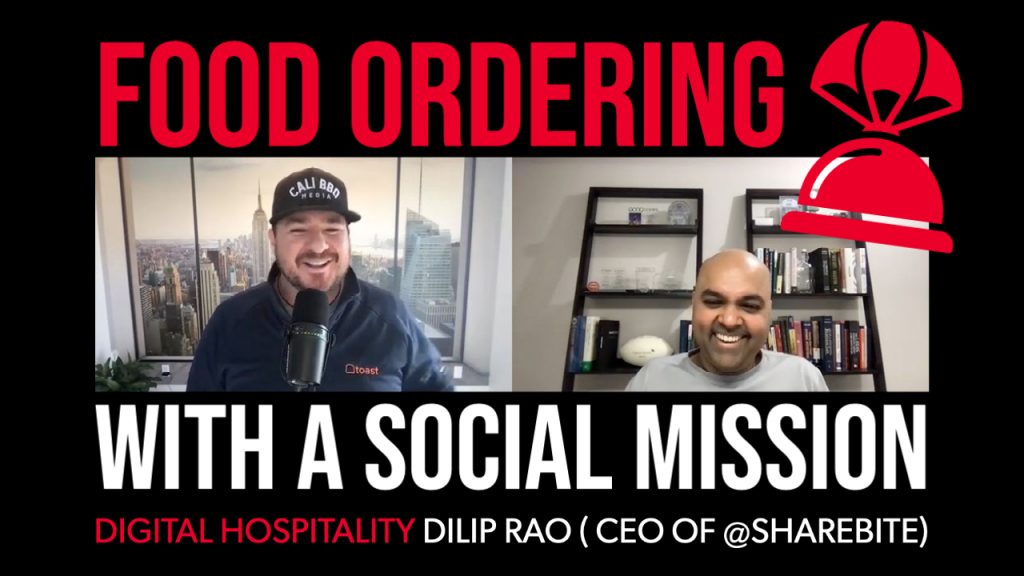 Serving as CEO of Sharebite, the accomplished immigrant from a small village in India beat the odds not just for his ascent but also despite his blue collar upbringing.

Dilip Rao is our guest on the Digital Hospitality podcast, where he talked about using business and technology to undertake the burden of social good. Watch on YouTube or listen on your favorite podcast player.

Raised in New York City and public school educated, Dilip Rao was not given the head start many of his high title peers were privileged to benefit from.

Still, that’s not why he’s not supposed to be here.

Years ago, the tech founder suffered a near death experience when he was thrown through the windshield of a car. At the time, Dilip was a successful investment banker that had already beat the odds and accomplished so much.

Almost losing his life led him to ask himself questions he never considered.

“Why am I here and what problem in society do I solve?” Dilip Rao pondered on the Digital Hospitality podcast.

Soon after asking, his mission was settled.

“I’m going to try to figure out how to solve a problem in society and extend this long arm of leverage,” proclaimed the reborn banker.

This all led to the creation of his company Sharebite (https://sharebite.com/).

Sharebite is a “mission-driven food ordering platform built exclusively for the workplace.” For every one meal ordered with Sharebite, one meal gets donated.

The Sharebite team was able to grow the business by 400 percent during the pandemic. Now the NYC-based food delivery platform company is planning more expansion as offices are reopening around the United States.

The company recently launched Sharebite Stations, which is a post-COVID compliant solution for “facilitating contactless food delivery at offices.” Sharebite also partnered with WeWork to install the Sharebite Stations at their Manhattan headquarters, and was able to donate 15,000 meals to feed hungry children through City Harvest of New York City.

Listen, watch and learn every week with us on the Digital Hospitality podcast.

Let us know what you think of the show by emailing the Cali BBQ Media team at podcast@calibbq.media.

Catering to corporate clients with big budgets and big appetites, Sharebite delivers food to some of the most successful businesses in the game. For every meal ordered, a meal is donated to someone in need.

“We wanted to create a for-profit business with a purpose and a core,” recalls Dilip Rao on Digital Hospitality.

While the charitable for-profit business model has become noticed thanks to companies like Tom’s, Sharebite is following in the footsteps of said footwear company to cure hunger domestically while leveraging the tech and revenue of major corporations.

This proves powerful in the city Dilip was raised.

“New York City is arguably one of the wealthiest places on Earth,” notes Dilip Rao on the podcast. “We’re also home to roughly half a million kids that go hungry every single day. How is that possible?”

This conundrum keeps Dilip up at night but it doesn’t keep him from working on a solution. Through his work with Sharebite, Dilip can leverage the power players in the corporate world he’s met through investment banking by connecting their capital to non-profits like City Harvest that share the same mission. 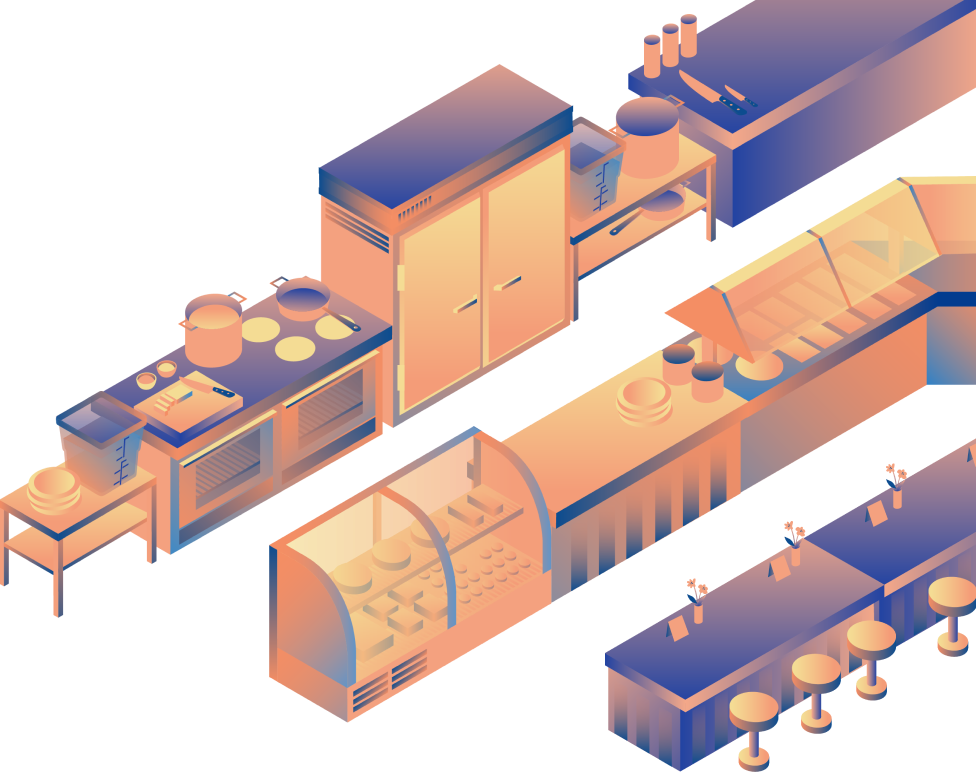 For Dilip, Sharebite’s mission to cure hunger is also about helping small businesses.

This proved true when considering Sharebite’s social work within New York City during the pandemic. Just the same, it also proves true within their own offices.

“We didn’t let go of anybody,” begins Dilip on standing strong during the Coronavirus. “And we reached out to our clients. Many of them were looking for different ways to have an impact and really take care of front-line workers and first responders.”

By retaining their staff and reaching out to their clients, Sharebite was able to establish loyalty within and create a dialogue outside. The result was feeding frontline workers through meals made by small restaurants that Sharebite pumped sales into themselves.

Not only was Sharebite walking their talk, they were able to get law firms and investment banks to place orders and support the cause.

The work in action during COVID-19 speaks volumes about the future of Sharebite. Not only will the team continue to get stronger within, Dilip is certain that the next generation of power players in business have a heart and social consciousness to them that’s bigger than bottom lines and cold hard cash.

He’d even seen it back in his banking days when going on recruiting trips.

“Prospects would say, ‘Hey, I’m really excited about joining your company as an investment banker, but I have a question: What else do you do for the world?’” Dilip recalled.

This new age worldview speaks volumes about a generation where heart, tech and business can come together to solve problems that have plagued society for eons. 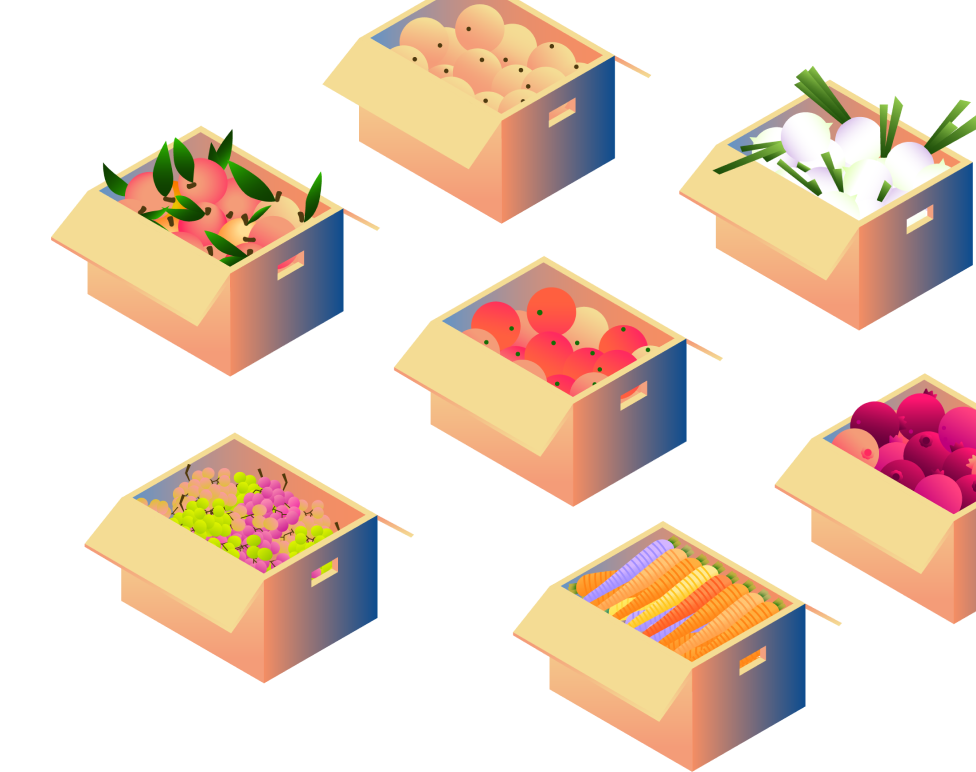 Dilip Rao sees Sharebite as part of this mission and is confident about the future.

“Today’s workforce wants more than just a paycheck,” Dilip says. “They want to know that the company that they work for aspires towards a higher purpose, that there’s a greater good to the work that they do above. They want to be inspired by their companies.”

No longer a banker, no longer a public-school student and no longer in the ICU, Dilip knows why he’s here and what his mission is: to solve hunger through his charitable for-profit platform.

Lucky for Dilip, he has help.

“When we hire, we don’t ask people, ‘Do you care about feeding hungry children?’ They tell us,” smiles Dilip. “We as a company cannot think of a higher calling than to give back to this country at a time that needs us the most.”

Dilip Rao wasn’t supposed to be here, but we’re sure glad he is.