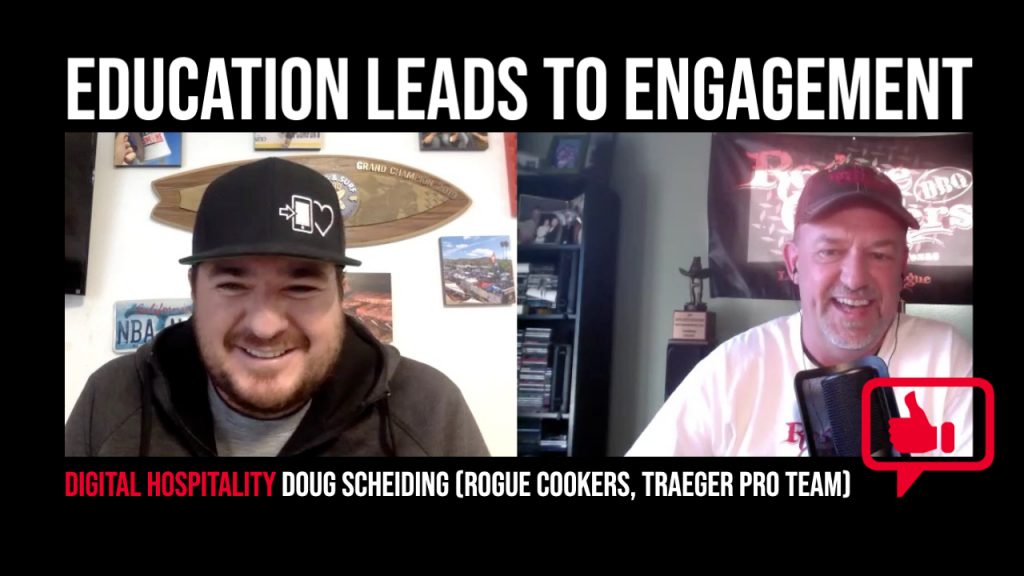 But while this episode of Digital Hospitality is about multi-hyphenate Doug Scheiding, it’s not the merely the story of an aerospace engineer or a business broker. This is the story of a champion who gives his all no matter what.

“Whether you’re playing tiddlywinks or chess, do it 150%,” says Texas pitmaster and friend of Cali BBQ Media Doug Scheiding, a talented barbecue cook who holds the title of BBQ World Champion. 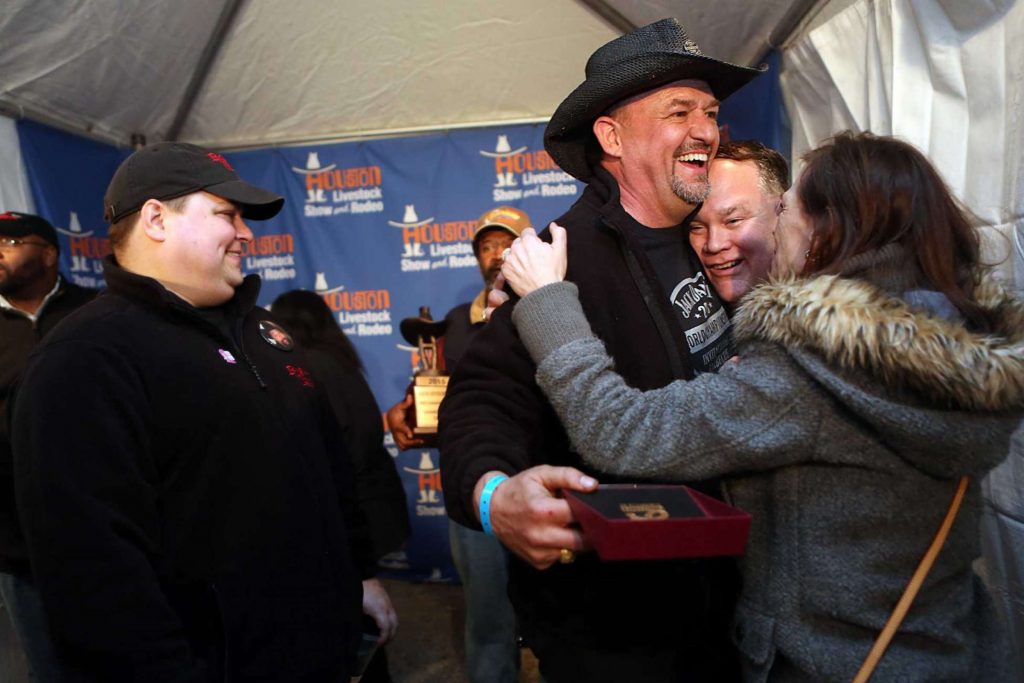 “That’s my mantra. If you’re going to do something do it to the best of your ability and most things you can do very well if you put your mind to it.”

What was your takeaway from this episode? Email podcast@calibbq.media to get in touch with the Cali BBQ Media content team. We want to hear from you because your opinion matters to all of us at Cali BBQ Media. Your voices and opinions shape this podcast and our other digital content.

Still, it was a low-and-slow start to his BBQ career. 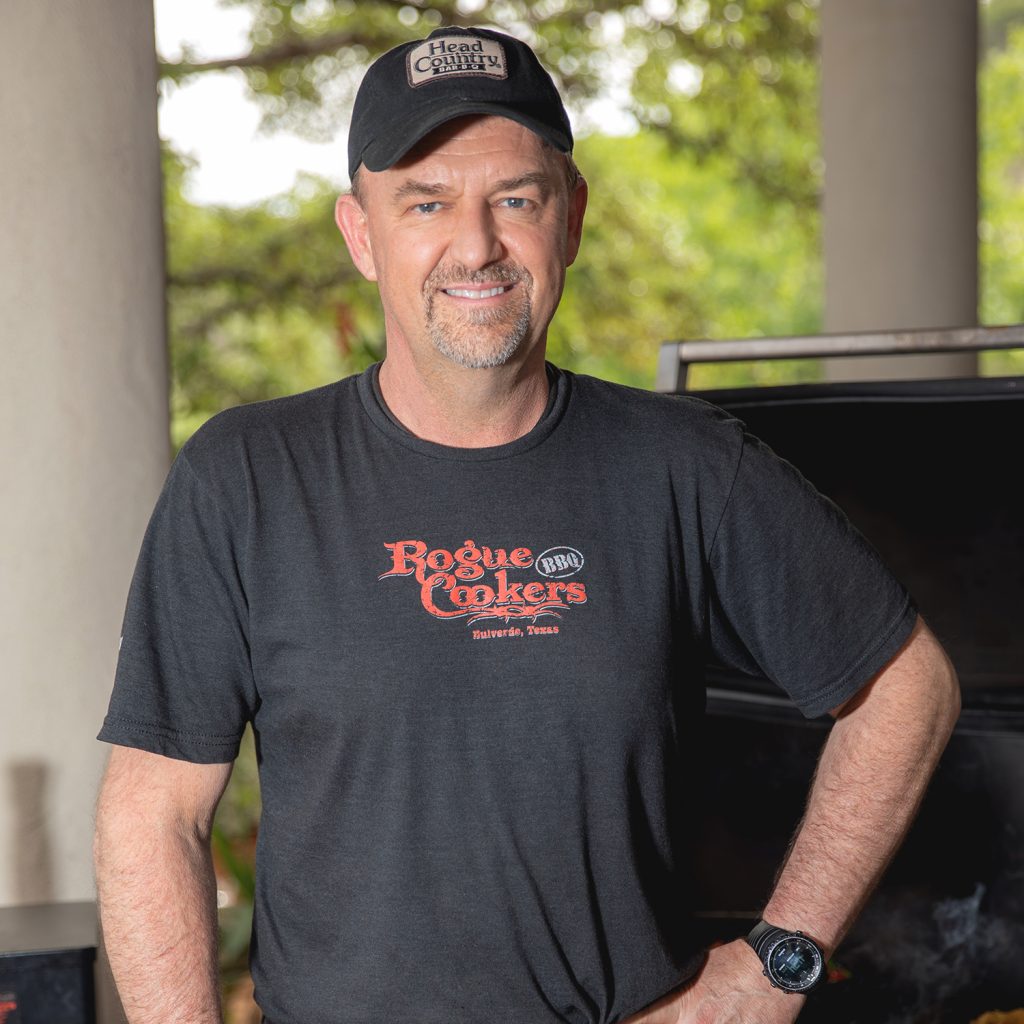 “Competition BBQ is a lot like golf,” Doug Scheiding notes on the Digital Hospitality podcast. “It’s really what you do that day, you can’t worry about who’s there.”

Despite comparisons to golf from a mental standpoint and Doug having a blown-out knee from years of tennis, competitive BBQ is not a country club sport.

Cutting his teeth in Texas, Doug Scheiding continued to refine his craft taking an approach that balanced both engineering analytics and gut instinct creativity. The former allowed him to understand the palette of his judges while the latter got him kicked off his team for going on his own and being ‘rogue.’

Ding, ding, ding! At that moment, Rogue Cookers was born.

Teaming up with his wife Jennifer Talley (a talented cook in her own right) for Rogue Cookers and taking his love for making food to online publishing, Doug kept doing things his own way and giving it 150 percent. Ever since, the aerospace engineer has been using his educational background to break down barriers in his food field.

“I like to tweak things, it’s part of the engineering thing,” says Doug Scheiding about being a BBQ pitmaster. “When I’m cooking at home, I’m practicing.”

Practice made perfect for Doug and so did being rogue.

The outcast member of his BBQ competition team was suddenly a winner in his home state in the most rogue of fashions.

“The rub that I used to win the Houston Rodeo was Harry Sue’s Jailbreak from California!” exclaims Doug Scheiding about his respect for the West Coast BBQ Movement. 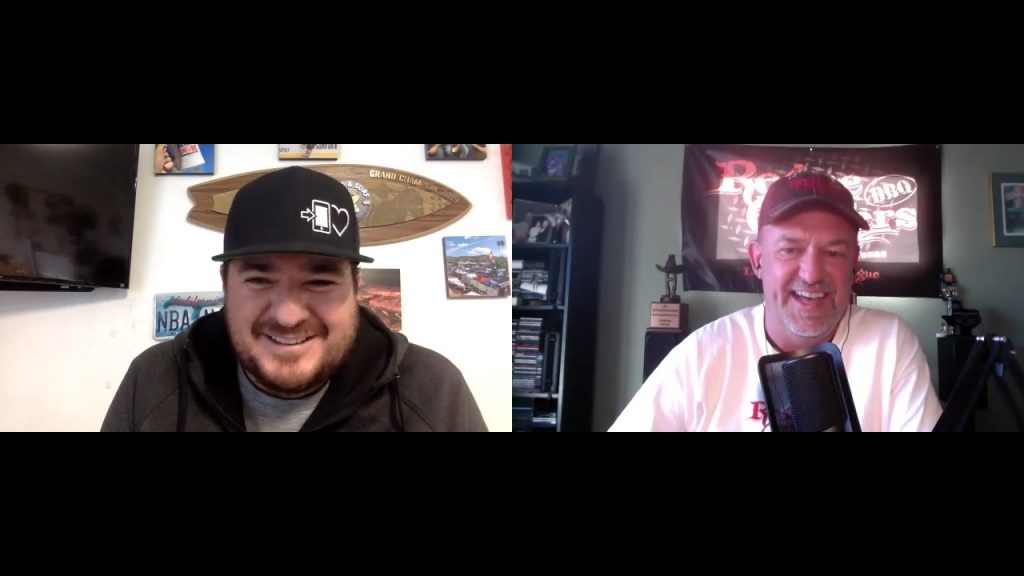 Winning a BBQ competition in Texas with a West Coast rub sounds mythological, but Doug made it happen. Over the years, he has earned his hardware in the barbecue space and racked up an array of sponsors and fans.

Doug Scheiding is also an Embedded Correspondent on Greg Rempe’s The BBQ Central Show, the longest running in that BBQ podcast’s history.

The latter sees him taking his same 150 percent approach to building a brand on social media.

“I fashion myself as an amateur photographer,” shares Doug Scheiding about his photo skills. “The phone always eats first.”

A purveyor in food pics, the same man who couldn’t cut the fat would also not claim to be a natural in brand building.

Nevertheless, he’s taking the same analytical approach he learned in engineering mixed with his day job of being a business broker to make the most of his media expansion.

“Time is money and there has to be a goal for success,” Doug explains. “That’s the same thing for me with social media. Responding, being kind, that has to be part of the attention you pay to it.”

In the last year, an authentic mix of posting, responding and being kind has seen Doug’s digital following soar. Thanks to advice from fellow Traeger Pro Team member Danielle Bennett (Diva Q) about being consistent with his branding, Doug has dug into the online extension of his social presence and is enjoying the growth.

Because of this, he even has a few tips to share.

“Be the same on all social media platforms,” recommends Doug. “Be unique, make sure your name is available on all domains and lock it down – the same name, the same color scheme. Be consistent with your posting, too. I said on January 1st I’d post every day this year and I’ve gone from 2.5k to almost 14k and it was all organic. Be genuine and be true to yourself, because if you’re not people will see through it and move on to the next thing.” 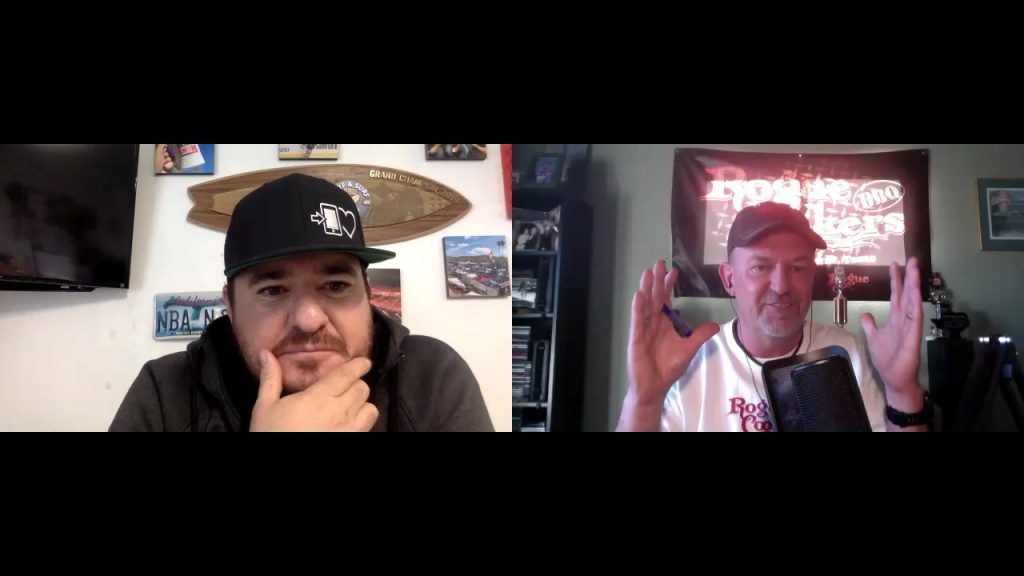 For the aerospace engineer by education, business broker by day and BBQ champion for life, sharing what he’s learned on social media is just the latest evolution of a man who continues to care about the people and his process more than himself.

“It’s not about you, it’s about sharing and educating people,” Doug Scheiding says on digital growth. “If you educate people, they’re going to be more engaged. So, don’t concentrate on yourself, concentrate on the information you can give other people.”

Doug Scheiding started BBQing in 2009 on a stick burning offsets when a neighbor asked him to participate in a fundraiser where they placed third overall with a second in ribs and third in brisket. With Doug’s analytical background studying Aerospace Engineering at Texas A&M, combined with his competitive nature, Doug turned this one-time BBQ competition into a passion. He soon started Rogue Cookers, a grilling social media account to share recipes and BBQ tips, and has competed in over 100 BBQ cook offs with his wife of 30 years, Jennifer Talley.

Doug has been exclusively using Traeger Pellet Grills for the past 6 years and is a Traeger Grills Pro Instructor who teaches BBQ Shop Classes, along with other Traeger sponsored events. Doug also is the Texas BBQ Correspondent for the weekly BBQ Central Internet Radio Show hosted by Greg Rempe and is a paid Brand Ambassador for Head Country BBQ.

Visit the Digital Hospitality Blog for our in-depth feature articles and behind-the-scenes looks at our business, our content, and our lives. E-mail the Cali BBQ Media team at podcast@calibbq.media.