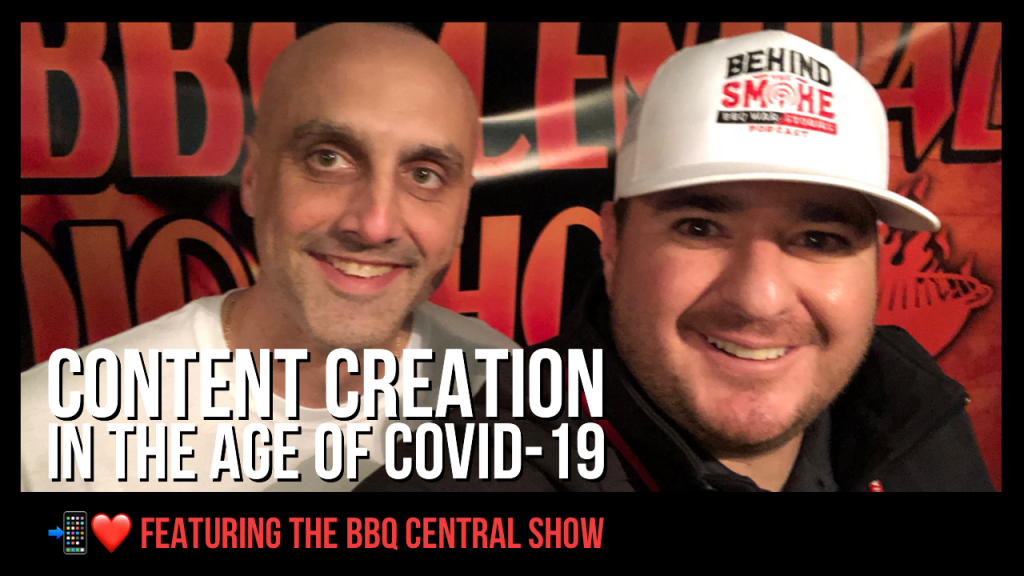 Sometimes when we’re young, we hear words of wisdom that instantly move us and inspire us for a lifetime. For Greg Rempe, host of The BBQ Central Show, it was Howard Stern who spoke to him through his father’s car radio as a child with words that would forever change his life.

“He said, ‘People are turds,’” Greg Rempe recalled on this episode of Digital Hospitality. “I was way young. Fast forward all the way to ’92 when I graduated high school and I had to commute to community college, I re-found him on a local station here in Cleveland and and I have listened to him every day since.” 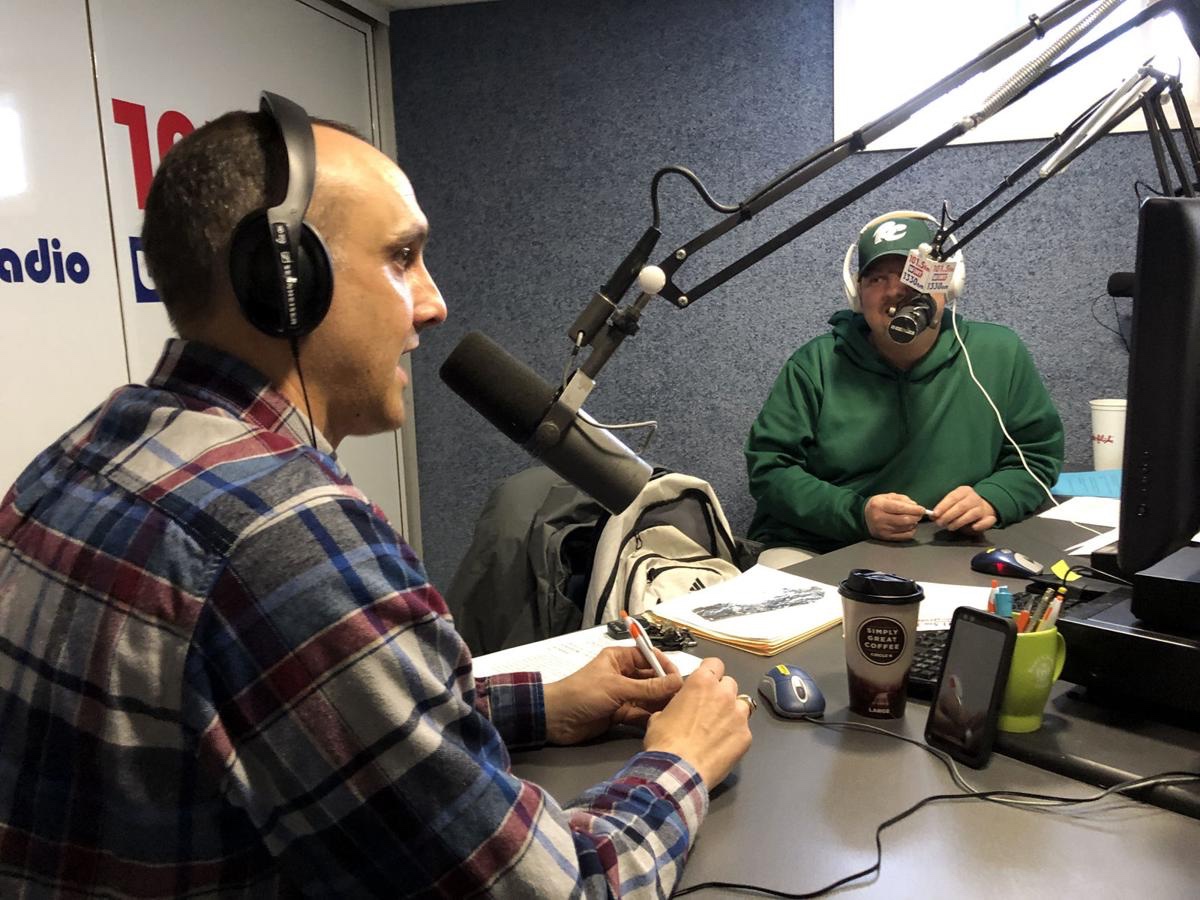 Appealing to both Greg Rempe’s sense of hearing and sense of humor, that quote from Stern would stick with him as a child and revisit him as a young adult studying sales in school. To and from class, Greg would listen to Howard Stern actively while passively paving the way for his future in what would prove the future of radio.

Following those drives to community college scored by Stern, Greg would soon enroll at Ohio University where his longtime love of laughter would be joined by his burning love of grilling. The flame lit by his pops would quickly jump from the grill to the pit as Greg would become BBQ obsessed during his days in academia.

Not long after, that passion for the smoke and sauce would see him wrangling and connecting with others just like him during the advent of the internet.

“I started a BBQ message board and it began to grow,” reflects Greg on his introduction to the BBQ business and digital world. “I wanted to separate my forum from other forums, and I had heard of podcasting.” 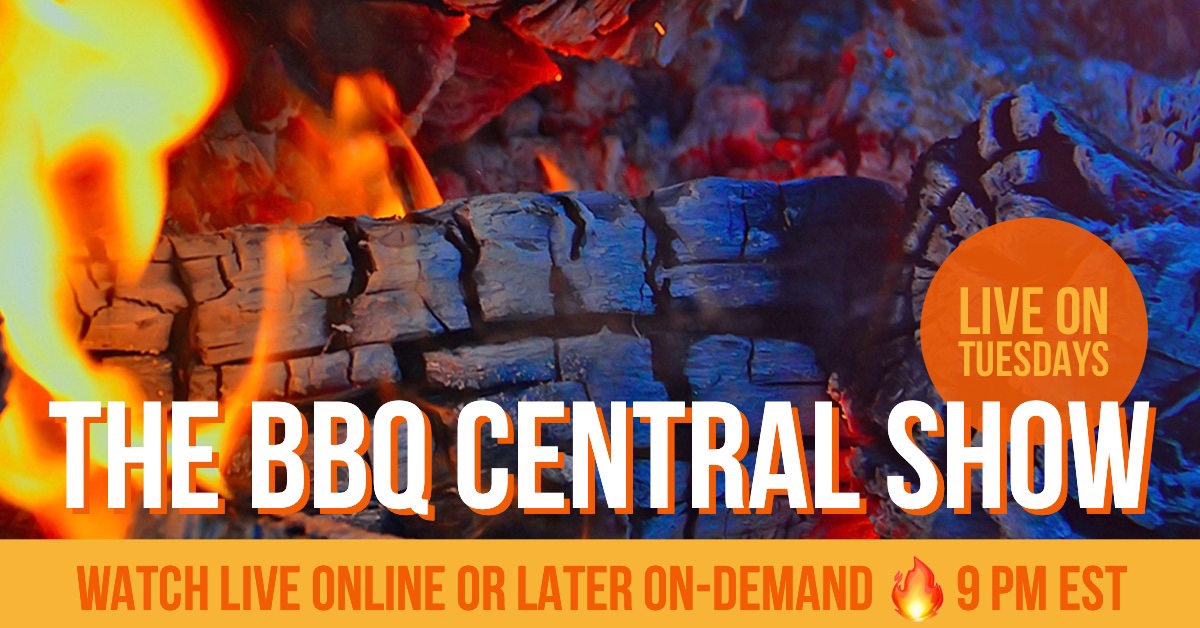 In 2006, Greg’s growing forum would be boosted by podcasting and its audio storytelling seasoning to add a new layer of connectivity to his community that was biting at their chops for all things BBQ.

“I would talk to my members, we would talk about how to cook stuff, I would give stats about my forum and how many members I had,” reflects Greg Rempe about his early web presence. “It all seemed like such a great idea all those years ago, but it was something that was going to be another value-add to The BBQ Central Forum. That was really the introduction, it was only to set apart my forum from everybody else.”

As they say, what makes you different makes you great. By getting into the podcast space back in 2006 and adding a live show in February of 2008, Greg was creating the ESPN of BBQ where the major players in the pit and around the industry could converse, share ideas and even answer tough questions.

“I bring people on to give them a voice,” says Greg Rempe of his expert guests. “Why not come on and talk to a fervent bunch of listeners that are in your demo?” 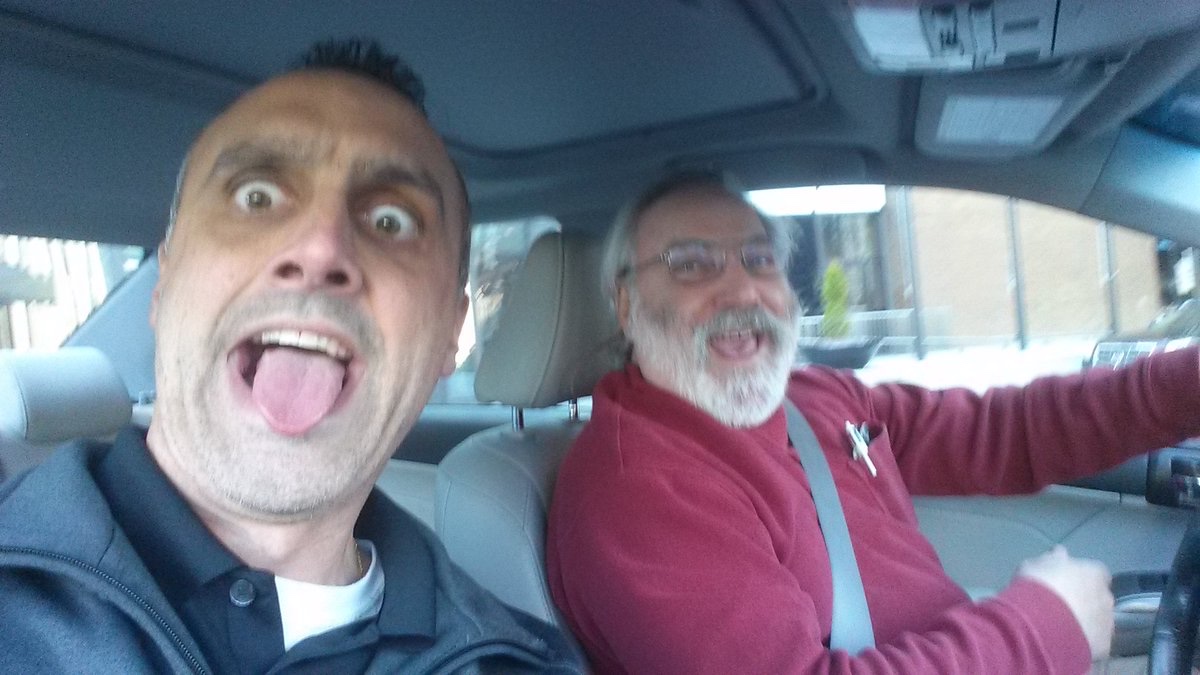 And come on they have. Over his 14 years as a digital content producer, Greg has spoken to many an industry great, chopping it up with raw delivery and even catching the ear of his early influence, Howard Stern who mentioned his show on the air.

While convo and attention are all nice, what’s a business if it doesn’t make any money? Like his podcast, Greg is not shy to get right to the point when it comes to speaking to sponsors.

“If you can’t ask somebody for their signature or their money at the end of a presentation, who gives a fuck?” Yup, getting paid is that simple, but for some that awkward.

Fortunately for Greg, he’s built for this.

“At heart, I like to sell,” says Greg Rempe, the son of salesman and the Major Account Sales Manager at Ohio Peterbilt by day. “I build relationships, I do proposals, I close sales. To me a good sales guy loves to make cold calls whether you’re brand-new or 30 years in the game.”

With well over a decade in sales of both big-time trucks and smaller scale ad buys, Greg has been able to finesse the social and mathematical skills of his day job to keep his passion project podcast going strong by night.

“If you’re going to ask people for their money, be professional about it,” says Greg Rempe. Throughout the years, Greg’s professional nature and understanding of client needs is a big reason why early on in the dawn of podcasting he was able to undercut traditional radio ad buys in lieu of a lesser reach by offering a more targeted audience. 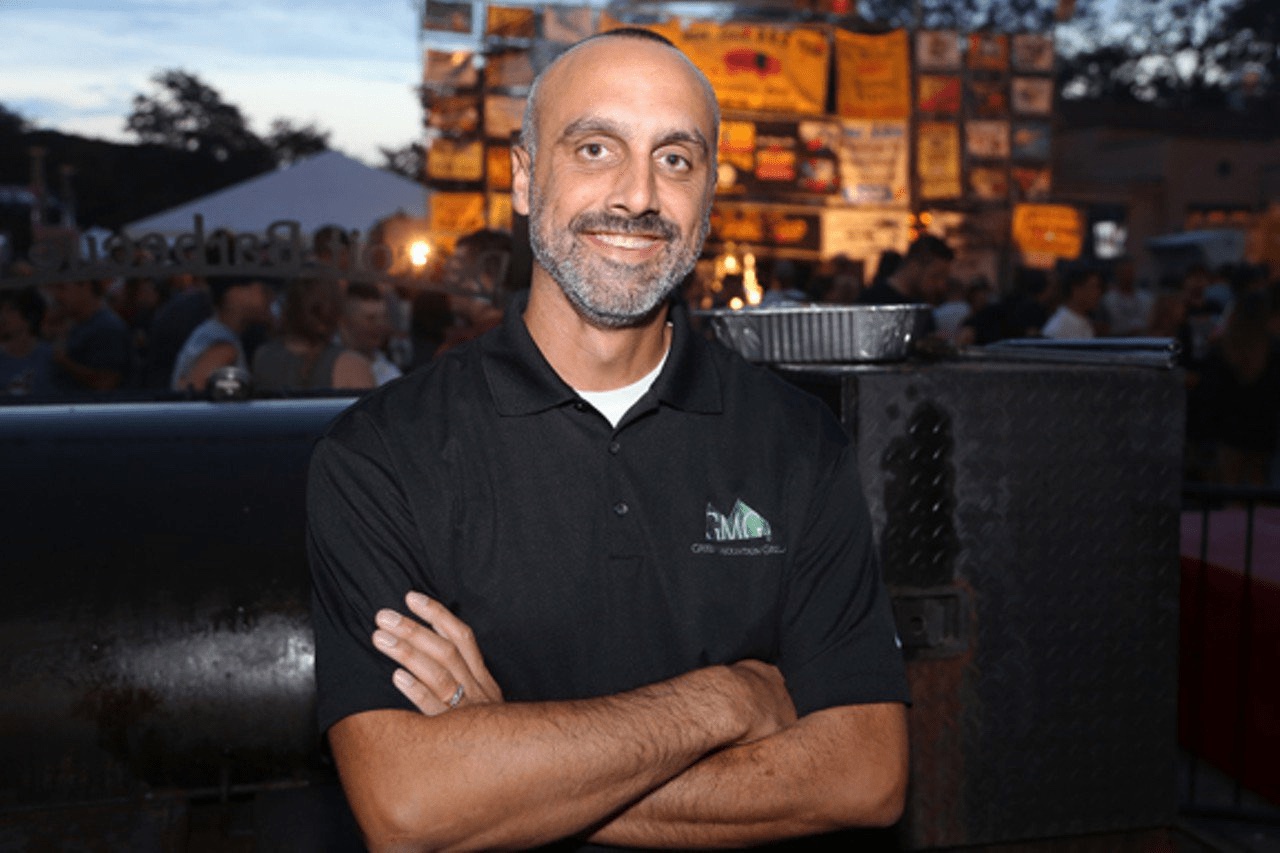 Always on, his approach towards sales in regard to casting a big net and building quality relationships also influences his ability to book talent for the podcast.

“Although I’m not as actively trying to fill the show, I’m always getting contacts. You always want to keep contacts and backfill as necessary. I’m not an expert on anything but I know all of the experts in my industry and can bring them on my show and have that dialogue.”

These days, getting talent and making money is not of concern for Greg. Just the same, it’s also not at the heart of it.

“If you’re podcasting and your first thought is, ‘I’m going to make money’ then you should never do a podcast and that’s the bottom line. You should never do it for any metrics, you should be doing it because it’s something you’re passionate about,” Greg Rempe said.

So, does money matter for any business? Well, duh. But clearly with The BBQ Central Show, it’s about much more than that. When looking at revenue, the money that the show generates is completely secondary to that of his day job in sales, though he does well in both. Essentially, the podcast is a passion project that in turn helps feed and fund the passion projects of his next generation: a group of daughters active in travel sports and modeling.

Like all of us out there, Greg Rempe and the rest of the world are responding to coronavirus. Thankfully for Greg and his podcast peers, there might actually be a silver lining during these dire times.

How so? In many ways, COVID-19 is leveling the playing field for content creation for Greg and other podcasters. As major network television and radio stations figure out on the fly how to Skype and Zoom to a mass audience without big budget production, Greg already has it all down pat.

Clearly, Greg is getting a kick out of this.

“The biggest joy I’ve gotten out of these past few weeks, and I’ve gotten few joys, is when The Howard Stern Show came back and my show sounded way better!” laughs Greg. “To hear them fire up on Monday and nobody has earphones and microphones, I was in my glory for a solid three hours. You watch it on television, and you see who has any amount of tech savvy and who is terrible. It’s really leveled the playing field.”

While Greg got one solid laugh likened to the COVID-19 crisis, he’s still out there helping others and attacking it head-on. As expected, he’s doing what he does best by reaching out to industry experts to speak on the times and how they’re feeling, responding and evolving. In recent pods, he’s given the floor to the likes of Nick Solares, Sam the Cooking Guy and our own Cali BBQ Media Digital Hospitality team to speak on their various expertise in the food and restaurant space in this time of crisis.

“I wanted to add some extra content with experts in the industry,” says Greg Rempe with great humility. Lucky for his listeners, they’ve been treated to an all-star cast.

Lucky for Greg, too, his podcast proves immune in these strange times.

“The good news is that coronavirus is not affecting the show,” says Greg. “The show is its own beast and I decide if the show goes on or it doesn’t. Disease or not, we can continue to talk to everybody we want to talk to. The show will continue to grow and evolve by the way that’s demanded by the listenership.”

As importantly noted, that very listenership is still calling the shots. Like any good conversation, it’s two-ways and while Greg is the do-it-all man behind The BBQ Central Show, it’s the same dedication to the community during his forum days that makes it all worth it 14 years later.

“When I get those emails from listeners, I take them, and I love them,” Greg says in reference to feedback and gratitude from fans. “When someone just takes one minute out of their time? That’s perfect to me.”