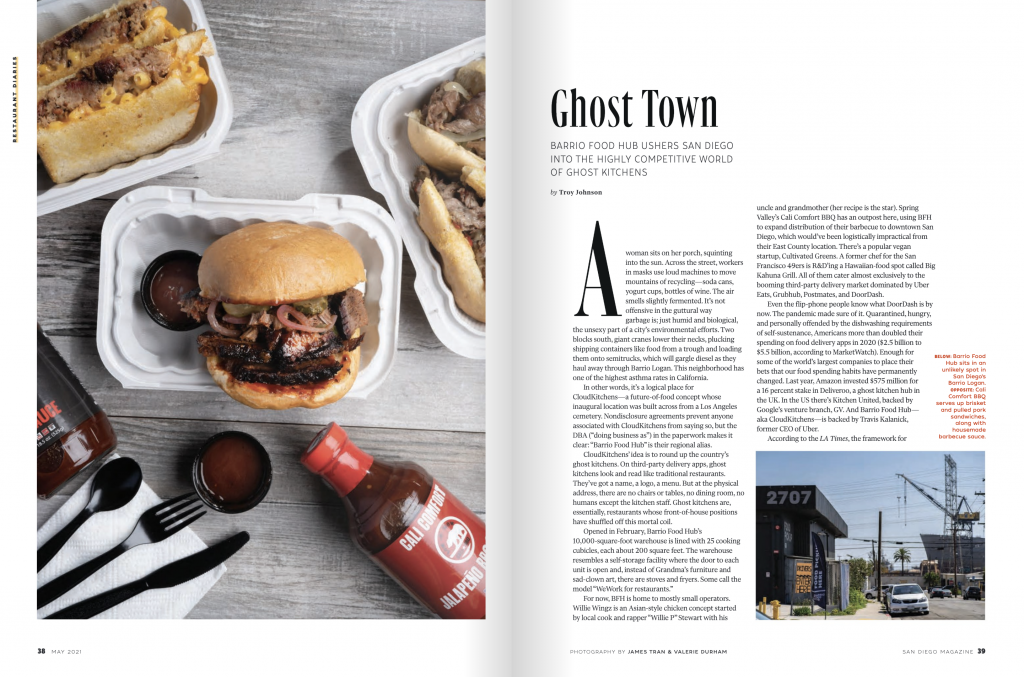 What is a ghost kitchen? And what is the impact of virtual dining on the future of food?

Answers to those questions and more were explored in a well-done profile of the San Diego ghost kitchens in San Diego Magazine.

READ: What Ghost Kitchens Mean for the Future of San Diego’s Dining Scene 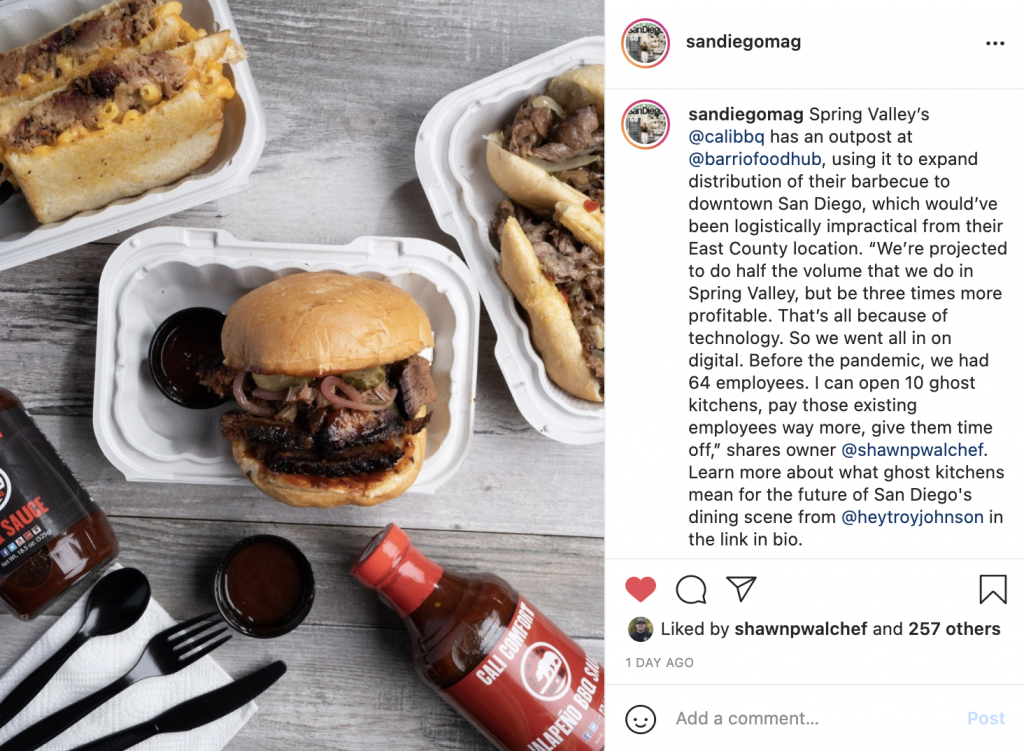 “For now, BFH is home to mostly small operators,” the article states.

“Willie Wingz is an Asian-style chicken concept started by local cook and rapper “Willie P” Stewart with his uncle and grandmother (her recipe is the star). Spring Valley’s Cali Comfort BBQ has an outpost here, using BFH to expand distribution of their barbecue to downtown San Diego, which would’ve been logistically impractical from their East County location. There’s a popular vegan startup, Cultivated Greens. A former chef for the San Francisco 49ers is R&D’ing a Hawaiian-food spot called Big Kahuna Grill.

“All of them cater almost exclusively to the booming third-party delivery market dominated by Uber Eats, Grubhub, Postmates, and DoorDash.

“Willie P and his grandma started Willie Wingz in her kitchen in 2019. They’d take preorders and distribute on Sundays. He would bring trays of chicken downtown and serve them, pop-up style, in parking lots outside nightclubs. When a residency at Phantom Club kicked the business into gear, the family’s next logical step was a commercial space…

“The ghost kitchen market is not small. In August 2020, Research and Markets estimated that the industry will grow to $71.4 billion by 2027 (it generated $43.1 billion in 2019). According to Restaurant Business, 63 percent of consumers, and 73 percent in the 18–34 age range, said they were likely to order from a restaurant that had no storefront. Restaurant Business also reported that before the pandemic, only 15 percent of restaurants claimed to use ghost kitchens. During? 51 percent.”

The Cali BBQ family was honored to be featured in the San Diego Magazine food article. We can’t thank our supporters enough for all they do to spread the word about our “Friendly Ghost Kitchen” at the Barrio Food Hub in San Diego. There’s much more to come.

Whenever people search for BBQ Near Me or Food Near Me, we want to be found. The more people we can feed, the happier we are! Just like Cali BBQ Media Founder Shawn Walchef said in the @sandiegomag article:

“We can’t discriminate in how people get our food.”