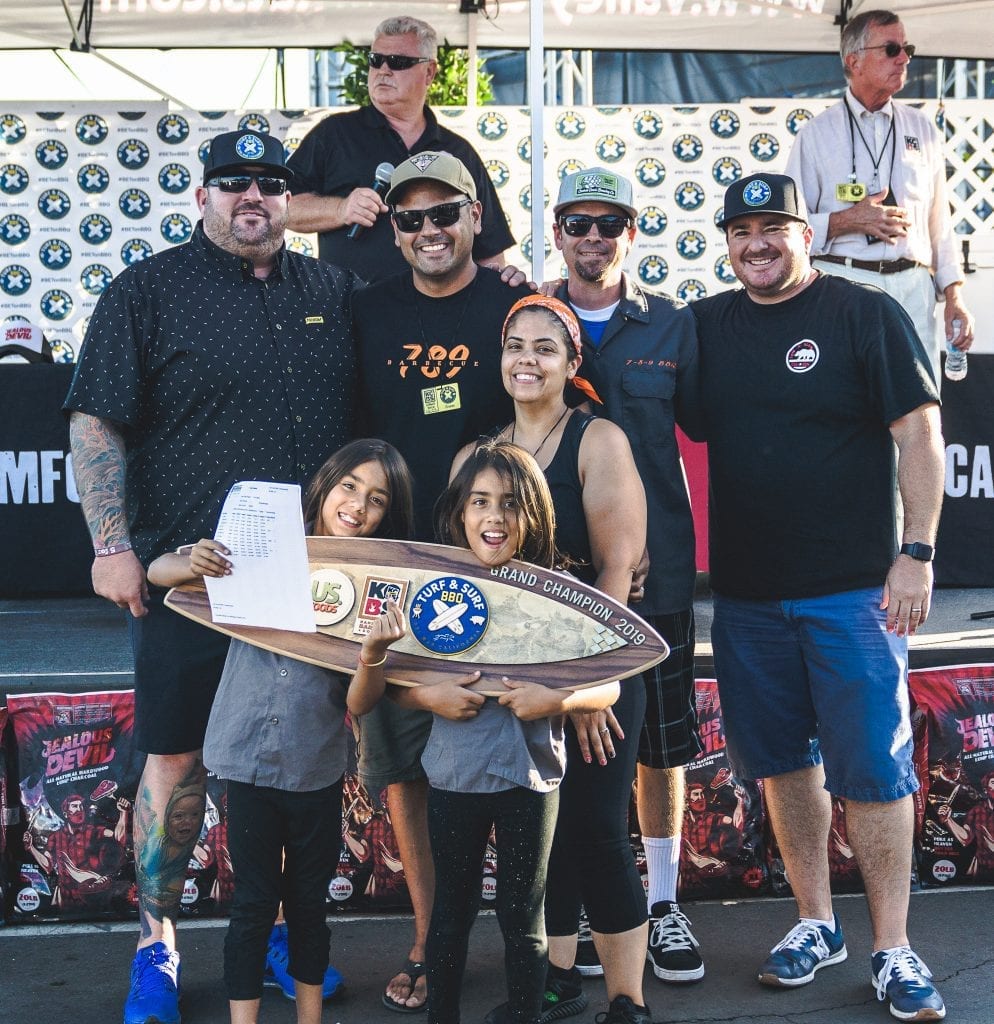 With more than $15,000 in prizes and 35 teams competing, it was no easy task to become Grand Champion of the 2019 #BETonBBQ Turf and Surf BBQ Championship.

Known for a gorgeous setting and a storied history — just like its iconic founder Bing Crosby — the Del Mar Thoroughbred Club hosts one of the West Coast’s biggest BBQ competitions, the #BETonBBQ Turf and Surf BBQ Championship.

While the weather was pleasant during the fourth-annual KCBS-sanctioned competition and tasting event on Sunday, Aug. 18, 2019, the competition was fierce.

On the line was not merely a trophy and bragging rights. Sanctioned by Kansas City Barbeque Society, a win at Turf and Surf means much more, a chance to climb the national rankings.

Along with all the championship BBQ excitement, Turf and Surf also featured live cooking demos from food personalities including Sam the Cooking Guy, Chef David Rose, and Cali Comfort BBQ’s own Gene Goycochea.

KCBS judges were ready for plates to crown a worthy champion when the day was done. When all the points were tallied and all votes were cast here were the winners:

Grand Champion of the 2019 Turf & Surf BBQ Championship was 7-8-9 BBQ! Congratulations on a back-to-back performance to take home the signature #BETonBBQ Surfboard Trophy once again as Grand Champions.

Reserve Grand Champion for the Turf and Surf BBQ Championship was Burnin and Lootin BBQ who also take home a Surfboard trophy.

The sun sank beneath the Pacific after a wonderful event. There was a repeat champion and everyone that visited felt like a winner at the track.

You can never go wrong when you make a Bet on BBQ!