‘Turf and Surf’ at Del Mar: The Ultimate Barbecue Tasting Event on the West Coast 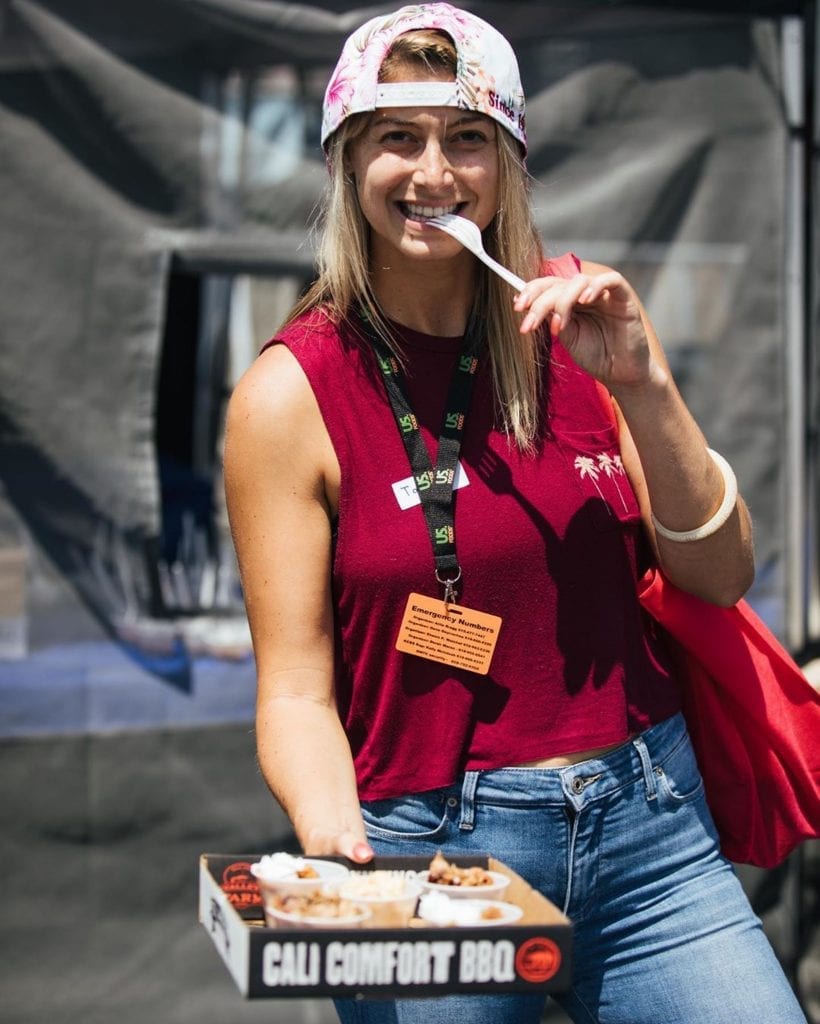 You can get a firsthand taste of the West Coast BBQ Movement when the exciting #BETonBBQ Turf and Surf event kicks off in beautiful Del Mar, California on Aug. 18, 2019. Enjoy local craft food and beer at the beautiful Del Mar Thoroughbred Club — “Where the Turf Meets the Surf.”

“There’s Memphis in May, there’s Jack Daniel’s BBQ,” said Cali Comfort BBQ owner Shawn Walchef.  “What we wanted to do was create something on the West Coast that celebrates all the great barbecue that’s going on here. This is so cool.”

Taste Unlimited Samples Of Slow-Smoked Bbq, Seafood And Desserts At The Turf And Surf Bbq State Championship In Del Mar On Aug. 18, 2019.

The lineup of food talent will be stellar in Del Mar on Aug. 18.

Each year, more and more food stars like Sam the Cooking Guy, Chef David Rose, and others decide to #BETonBBQ in Del Mar. Each year, the event gets bigger and bigger. Join the West Coast BBQ Movement now.

“We have barbecue restaurants like Grand Ole BBQ y Asado, Coops BBQ, Corbin’s Q is coming out, of course Valley Farm Market will be here, Cali Comfort BBQ,” Shawn Walchef said. “We also have Chef David Rose who will show off his considerable culinary talents on the Big Green Egg.”

Chef David Rose, from Atlanta, is an exciting addition to#BETonBBQ because he brings with him a lifetime of culinary knowledge.

Chef David Rose Will Demonstrate How To Cook On A Big Green Egg At #Betonbbq In Del Mar, California, On Aug. 18, 2019.

David Rose is a popular food personality who has been seen on the Food Network and on myriad other media appearances. The trained chef is also a national brand ambassador for Big Green Egg, a major sponsor and supporter of the Aug. 18 Turf and Surf event.

Here’s a pro tip for the tasting event: VIP ticket holders get in an hour early at noon, so if you want a headstart on the all-you-can-eat smoked meat, seafood, and sweet desserts, then get your VIP passes online now.

Corbin’S Q Is One Of Many Amazing Local Pitmasters And Chefs Who’Ll Be Serving Their Specialties At The Annual Turf And Surf Bbq State Championship In Del Mar, California, On Aug. 18, 2019.

Anyone with a ticket to the 2019 Turf and Surf BBQ State Championship will be able to enjoy the huge bounty of amazing craft food, as well as a number of special beer selections. Including a one-of-a-kind beer named just for this event. Five beer or non-alcoholic drink tickets are included with entry.

Top chefs and pitmasters to visit Del Mar include: