Thank You Kobe: Paying Respect to an Icon at the Staples Center 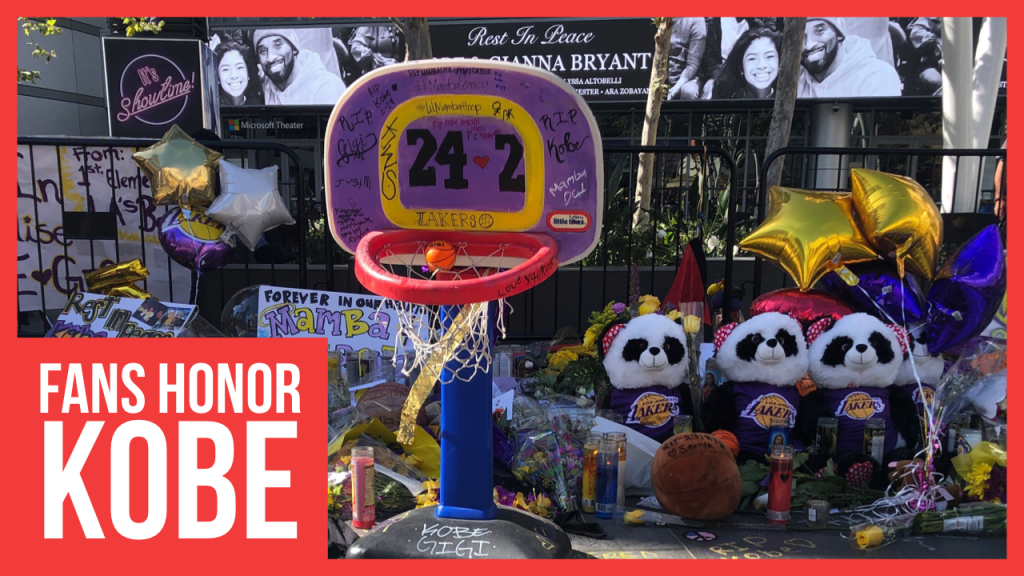 A sea of purple and gold stretched along the sidewalk outside the Staples Center. Purple balloons, gold flowers, Lakers jerseys of 8 and 24, hundreds of handwritten notes — all tokens of love and respect for a legend lost too soon. 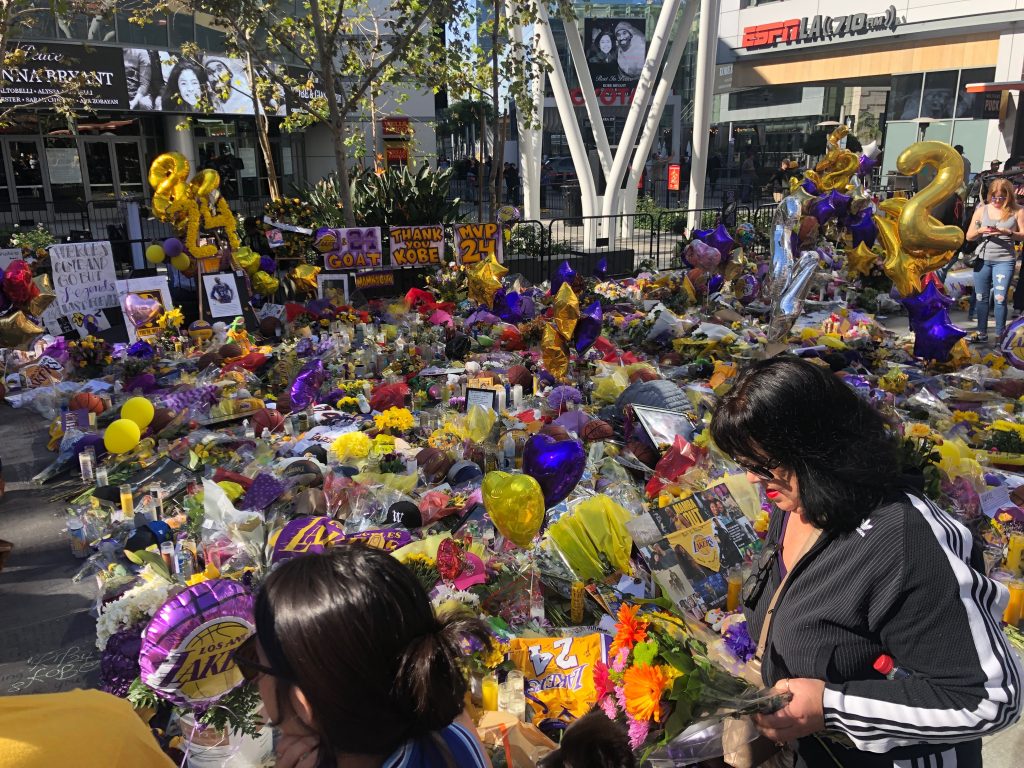 Surrounded by flowers, a basketball, and other memorial markers, a Number 24 Jersey had a final message to the sports entertainment icon written on it with marker: “To Kobe. THANK YOU for everything that you’ve done! You will always be my MVP! Rest In Peace Forever. Kobe Bryant + Gianna Bryant” 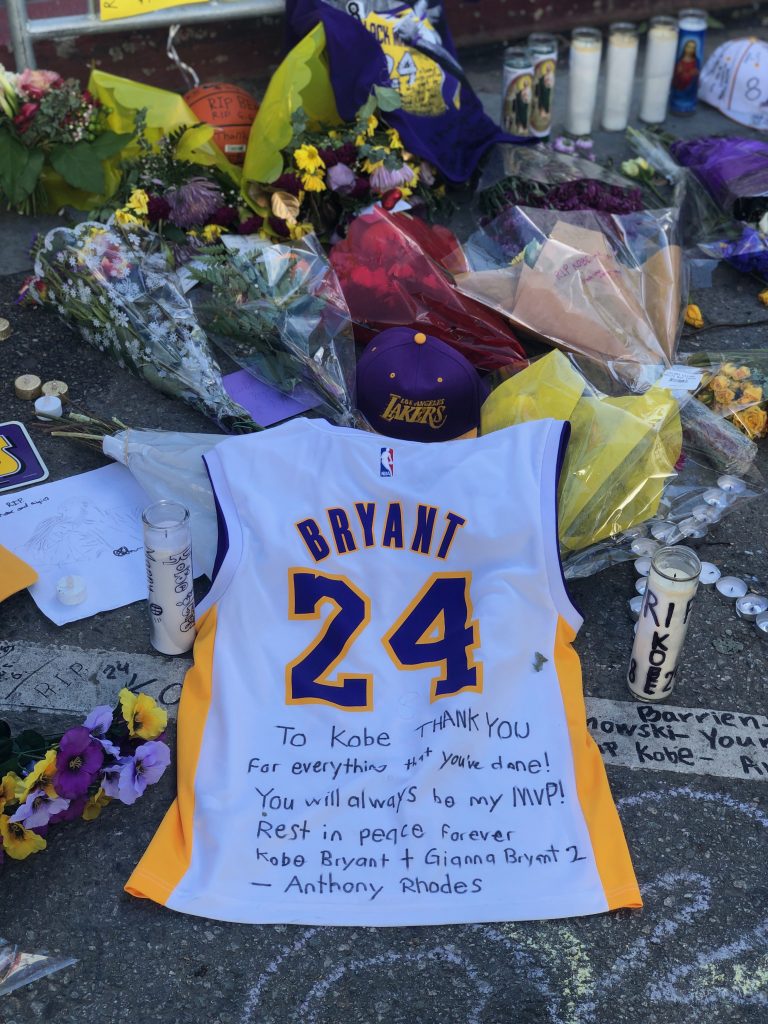 The basketball world forever changed when Kobe Bryant, his daughter Gigi, and the other basketball families passed away tragically in that horrible helicopter crash on Sunday, January 26, 2020.

Our Cali BBQ Media team felt it was important to make the trip from San Diego up to Staples Center in downtown Los Angeles to pay our own respects to a legend who has had such an enormous impact on our lives.

Thank You Kobe: Honoring a Legend at the Staples Center

We also wanted to document the outpouring of love from fans who traveled to the arena from all over the globe.

Kobe Bryant shared an all-time great mindset when he received the “Icon Award” at the ESPYS in 2016 which Brett Hagler summarized in my favorite LinkedIn post of all time “Because of 4 AM.” 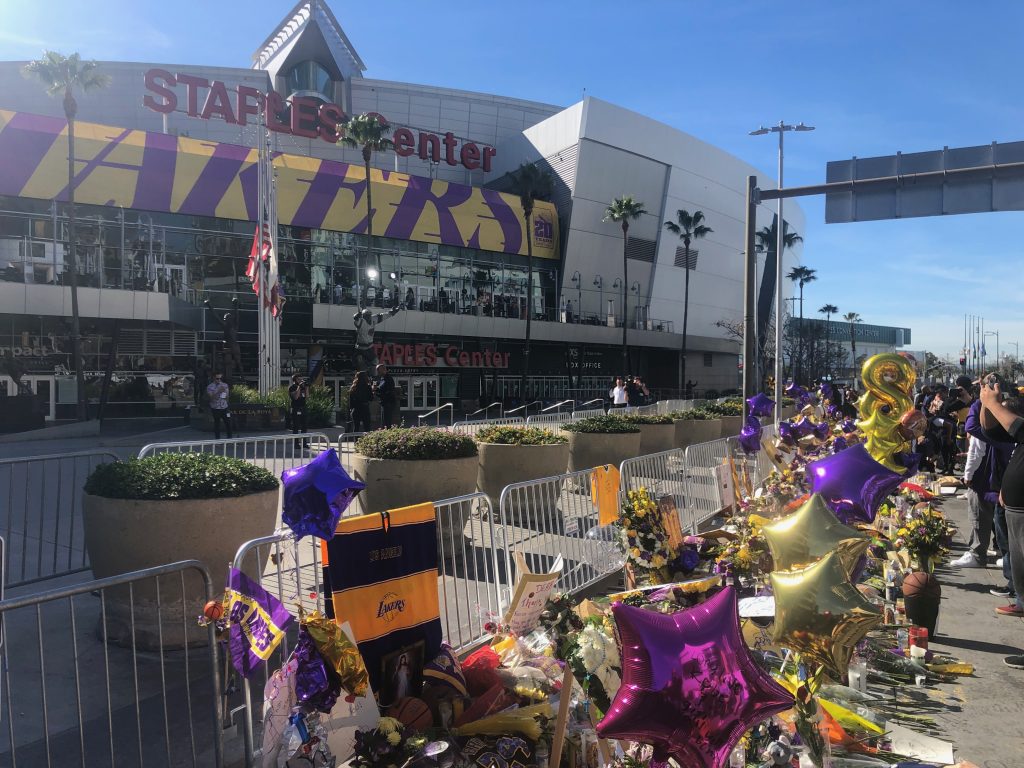 “We’re up here because we had a dream and let nothing stand in our way. If anything tried to bring us down, we used it to make us stronger.” – Kobe Bryant

This is the #MambaMentality that will live on for eternity as well as the consistent pursuit to be the best possible #girldad to his daughters. 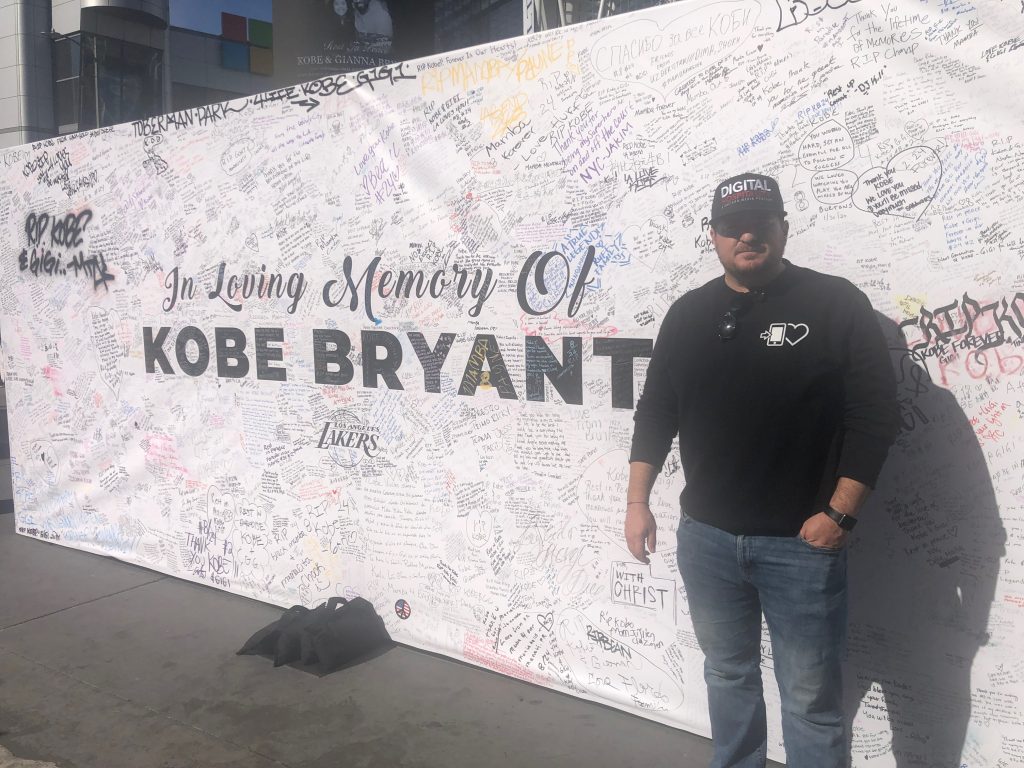