Father’s Day: Supporting My Son On His Own Sports Path 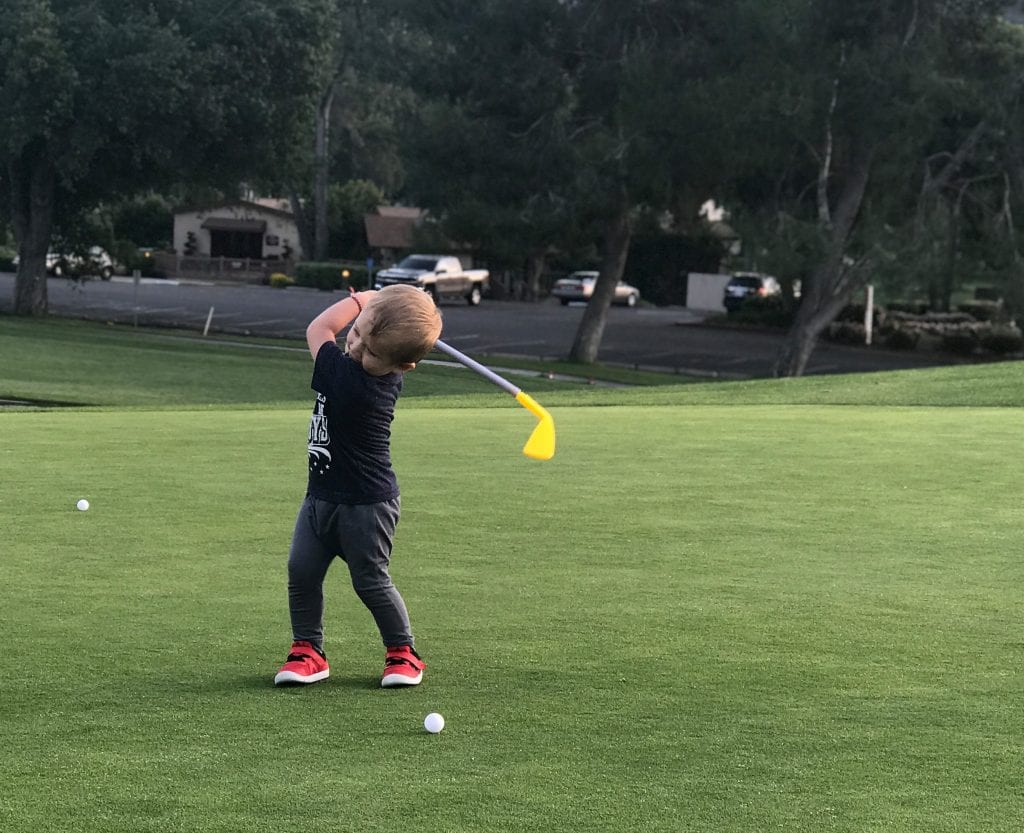 Tennis was in my DNA, but it wasn’t my destiny.

My grandparents loved tennis and since they were the ones who raised me, they decided I would love tennis too.

I would often watch my Bulgarian grandfather and Japanese grandmother play doubles together. When I was seven I remember wishing I could run onto the court and give the tennis ball a huge “whack” across the net like I watched grandma and grandpa do so often.

Being a supportive, loving family, my grandparents nurtured my desire to play with them. They gave me my own tiny racket and a bunch of colorful tennis balls to start me down a path toward tennis glory.

Soon my family enrolled me in camps. They even hired a professional tennis coach to teach me the fundamentals of the sport.

There were lots of fun times playing tennis. There were also some not-so-fun times.

After losing badly at a local youth tennis tournament in San Diego, I remember crying hysterically during the car ride home to my grandmother. To win, she said, I would have to practice more.

The truth was, I didn’t want to practice more. I wanted to spend my time playing basketball instead. That’s what the cool kids were doing in school.

My grandmother wouldn’t let me quit. I’m grateful she believed in me, but my continued tennis pursuits never really became much of anything. I never got to step out onto the red clay courts of Roland Garos in front of a sold-out crowd. Some plans don’t pan out.

I wanted to play basketball. My family wanted tennis for my future. I wish I could have done both.

AN EARLY LOVE OF SPORTS

I want my child to pursue his own paths— not my preconceived ideas.

That doesn’t mean I won’t sometimes leave a toy basketball lying around the house hoping my son will take an interest and ask me to dunk with him.

The choice is his, and for now it’s not basketball. It’s golf.

My wife and I took our “babymoon” recently with our son at the Welk Resort in Escondido, California. That was one week after Tiger Woods won his fifth Masters title.

My 22-month-old and I watched more golf that Masters Sunday than I watched in years. It was a thrilling day. The drama on TV was riveting, but I was more fascinated by the look in my son’s eyes. He was beaming with curiosity and interest each time a golfer would swing their club.

With each incredible shot we were cheering and giving each other high fives.

My son’s first coherent sports-related word was “WHACK!” — something he shouted each time he swept his arms forward in a pretty-good toddler version of a golf swing.

During our family vacation, we stayed by the 18th Hole of a beautiful golf course. A grand water feature highlighted the final green. It was a perfect place to let my boy embrace his newfound fascination with golf.

With a stroke of luck we found a cheap set of plastic starter clubs at the local CVS. Before we could get the clubs to the cashier, our son had pulled a neon yellow wedge out of the bag to show off to another nearby toddler.

During every sunset that week, once the players had finished their rounds, my wife, son and I went to the 18th green to embrace his new passion. Each evening he’d bounce around the perfectly cut course with his club, mimicking the moves he learned watching golf with his dad.

Now he curls up with his clubs to sleep. As a proud father, I can’t help but recall stories of great athletes that start very similar. Still, I promise myself not to try and force a pursuit of athletic greatness at his detriment.

My son’s future is his own to explore. I would have been happier as a kid if I were allowed to pursue basketball when I was 12, as well as tennis and other sports.

I want to embrace what makes my son’s eyes light up. That’s the path to a meaningful relationship.

He’s only two, so my boy might soon put the clubs down when he plinks a piano for the first time. Or whatever becomes his next interest.

And that’s just fine. We can always find a plastic piano to replace his plastic clubs.