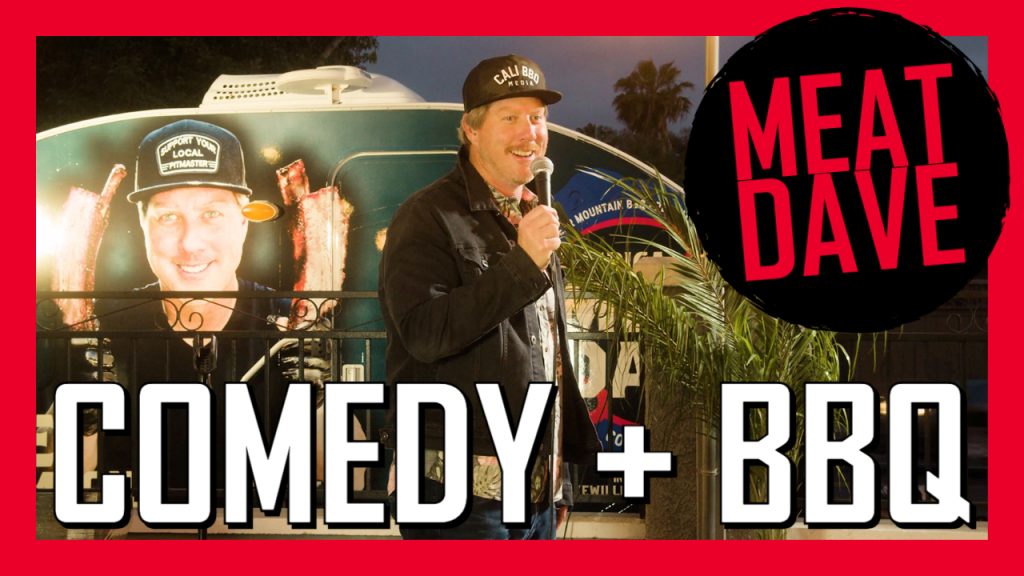 Dave Williamson is a hilarious and talented stand-up comedian and also a great barbecue pitmaster. He took the stage on our Cali BBQ patio to deliver his set in front of the restaurant audience. 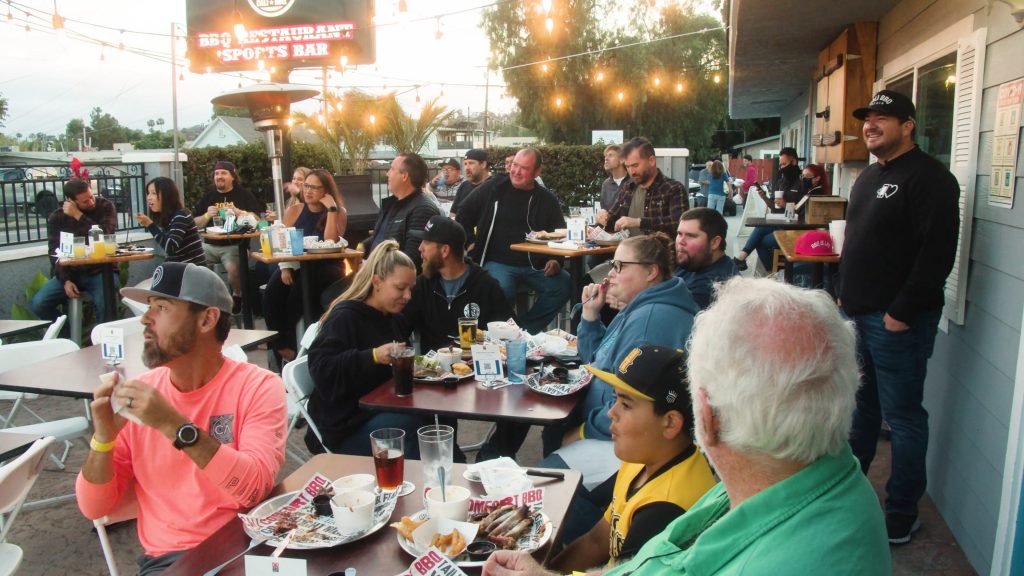 If you missed the Meat Dave 2021 comedy show at Cali BBQ in person you can check out the video on the Cali BBQ YouTube Channel.

Comedian Dave Williamson performed comedy at BBQ restaurants across the US — including here at Cali BBQ in Spring Valley — for his 2021 America, Meat Dave Comedy + BBQ Tour (sponsored by Bear Mountain BBQ Woods).

The stand-up comedy performances were followed by an audience Q&A with Dave Williamson (Meat Dave Podcast) and the host from each venue. Watch clips on YouTube. 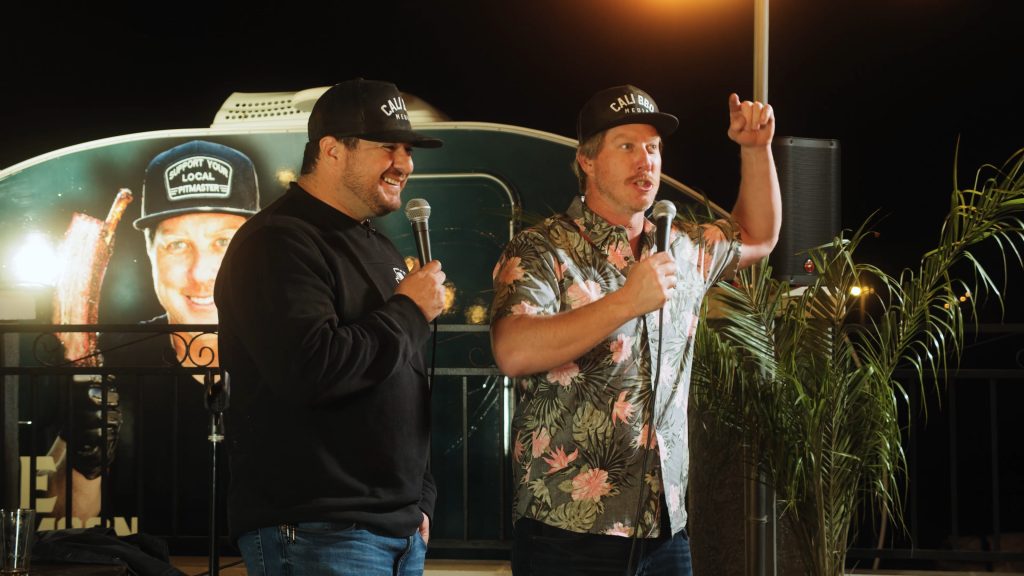 Dave Williamson (Meat Dave) tours heavily, both headlining his own shows and as the supporting act for Bert Kreischer. His second album, “Trying My Hardest” was just released by Stand Up! Records and reached #1 in the iTunes Charts for Comedy. Dave’s material is in heavy rotation on many SiriusXM stations. The comedian often talks about family, highlighting stories from his youth to navigating the role of father and husband himself. He is obsessed with BBQ, and hosts his own podcast called “Meat Dave”.

Dave Williamson was talked about on the Joe Rogan Experience Podcast in 2021 when fellow comedian Bert Kreischer gave his regular touring partner some amazing compliments about Dave’s comedy and his barbecue skills.

“Had no idea I’d wake up this morning to be humbled by the kind words of Bert Kreischer (@bertkreischer), the genuine interest of Joe Rogan (@joeroga), and the sincere congratulations from so many of you. This life is wild,” Dave Williamson shared on social media.