6 Strategies for Turning Your BBQ Business into a Media Channel 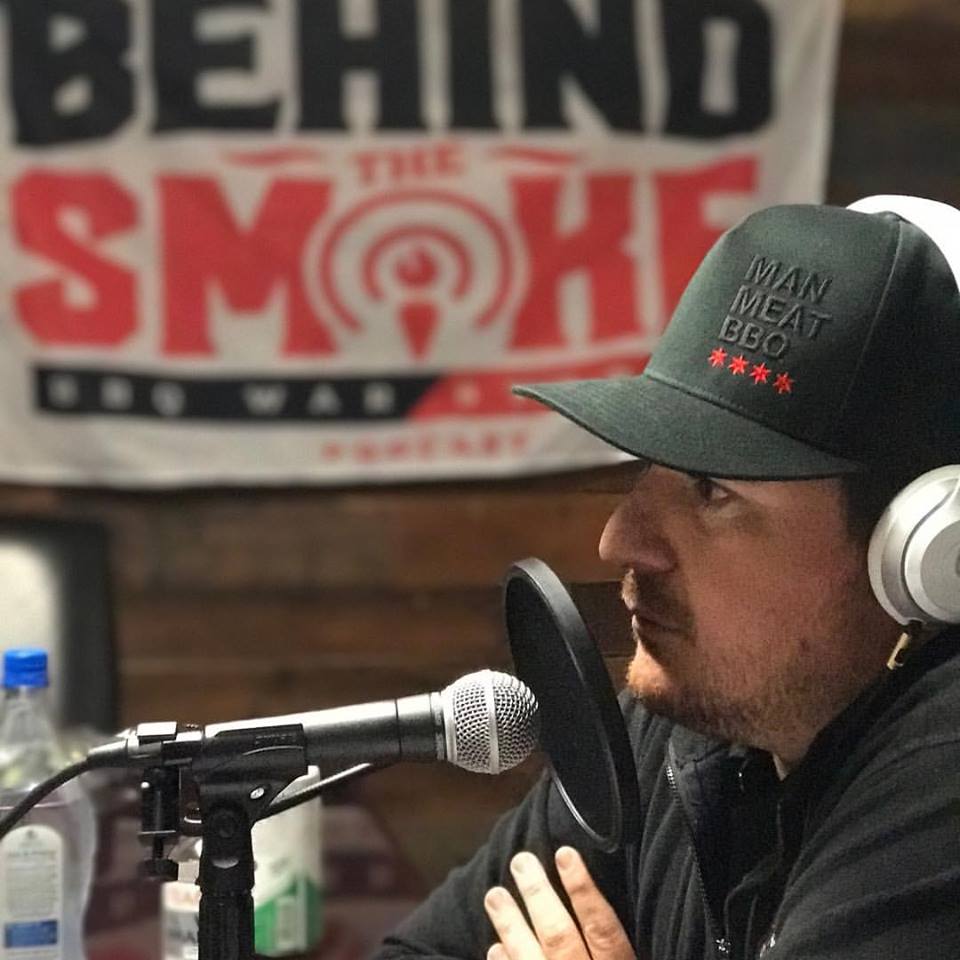 In 2008, Shawn P. Walchef took a chance and opened a restaurant in the heart of Spring Valley, California.

Originally launched as a breakfast spot, Shawn only revamped the entire cuisine and theme of his eatery after hosting a charity amateur barbecue competition, which helped fundraise for local Pop Warner and Little League teams. Shawn approached Derek Marso the owner of Valley Farm Market, the local butcher shop to be the title sponsor and their barbecue friendship was born.

Outside of being an accomplished BBQ business owner, Shawn, is also a formidable presence on social media and podcasting.

Below, Shawn shares some life lessons learned during his long barbecue journey.

1) Get Known, Get People Talking, and Get Networking

Location, location, location has always been the real estate and restaurant mantra. In the beginning of our restaurant journey we probably picked the worst location to fulfill this mantra. Our restaurant was located in an eclectic part of town with industrial, commercial and residential properties. To stay open, we had to do anything and everything. We immediately embraced Facebook, Instagram, Yelp, Email Marketing, Twitter and YouTube. We got involved in our community, lots of grassroots activities. We pitched our barbecue business to local radio, so that we’d get on and have a little air time to talk about who we were. One of the biggest highlights of our restaurant journey was to be included as a location on the NBBQA bus tour of San Diego BBQ Restaurants before the trade show in 2012. Serving up California Tri-Tip to Mike and Amy Mills was one of the coolest things we have ever done.

We didn’t discriminate. We just wanted to be known. After Shawn and Derek had hosted their annual amateur charity barbecue competition for six consecutive years they met with the Del Mar Thoroughbred Club in hopes of hosting an annual KCBS barbecue competition that would one day be the premier bbq event on the West Coast.

The 3rd Annual Del Mar BBQ State Championship will take place on Sunday, August 19, 2018 and will take place on the historic Pacific Classic $1 million dollar horse race with over 50,000 well dressed attendees coming out over the weekend to bet on horses and bet on bbq. It is a huge accomplishment, but remember we started small in our little village.

We have barbecue restaurants popping up all over the West Coast and I think it’s fantastic. It’s not counterintuitive to promote direct competition. For us, it’s become more about how we can boost the barbecue community. We want to help other owners, learn from their success and help by sharing our failures.

Our podcast became our North Star in our digital marketing efforts. It became the vehicle that forced Derek and I to meet every week. Podcasting is made for the bbq business as it is a low-n-slow process. It’s helped us plan long-term. The podcast has connected us with so many barbecue owners and competition teams that we wouldn’t have otherwise met. It’s also helped us transition from focusing solely on Cali Comfort BBQ to promoting barbecue across the entire west coast. Further, while getting some air time on local television or radio is great, it’s always public and produced to be confined into tight on air segments. A podcast is long-form and allows for an intimacy that cannot be created in any other platform.

We also choose to produce a podcast with explicit language content so that Derek and I could be ourselves. It allows us to really explore the barbecue world and chronicle these amazing stories. People connect, they genuinely connect. We have even inspired a barbecue lover in Norway named Olav to start his own barbecue podcast in the Norwegian language called Meat & Metal NO. As a single unit, local restaurant owner, you can never expect that we are reaching new barbecue friends in Norway, Slovakia, Sydney, Cleveland, Austin and all up and down the West Coast.

Invest in your smartphone! No tool is used more frequently in business. I love mine and don’t even use it to its full capability. Just think about this: right now, you can make a 4k video on your phone and turn that immediately into an Instagram post or a YouTube upload. It’s absolutely incredible and I frequently stress this point when I was asked to speak recently at sales and marketing meetings for US Foods and the American Hockey League.

A lot of business owners get scared about sharing their stories or content. It doesn’t have to be over-produced; it has to be authentic. It’s almost an unofficial tagline for our podcast. There’s so much in business that happens before you get that sexy and perfect brisket photo for your Instagram. There is a whole entrepreneurial struggle before you get to that point. That’s the story we’re trying to tell each week.

4) Get Comfortable with the Uncomfortable

Embrace the uncomfortable. That is probably the toughest piece of advice to give or take. But if you’re uncomfortable, I find that you are always learning. Derek and I talk about this theme almost every week on the podcast and have found that the more we share the things we hold close to vest, the more listeners want to engage with the show.

For some people they might fear using social media because they do not understand it. They may be uncomfortable about updating their own website like I was when I first started. We are convinced that there is no better time to be in business because of the Internet. No university needed. Just ask Alexa, Siri, search Google or YouTube, or subscribe to a great podcast that inspires you. Stay curious and get involved by teaching yourself new things that will help you grow your business.

5) Remember: Podcasting is a Low-N-Slow Craft

Turn yourself into a huge social media presence by embracing the growing your business with all the free tools that are available because of the Internet. Personally, we’re huge on audio technology. I truly believe that having a voice in audio will have an incredible impact on your business. Think about it, every new car will be Bluetooth® enabled by 2020 and half of all internet searches will be made by voice. Just watch what Amazon, Facebook, Apple, Google and Microsoft are doing.

There’s still a lot of people who don’t really know about podcasting, but that won’t last long.

I understand that people want immediate ROI (Return on Investment) when evaluating their marketing efforts. They wonder why they should invest their time and resources in a podcast when it’s not going to direct people into their restaurant immediately. Think about the bigger picture. For us, it goes back to caring about barbecue and knowing that growing this industry will create future opportunities for all of us.

I run into a lot of people who have prejudices with certain social media platforms just like I did early on. Get rid of them and think of social media as the Internet. It is as simple as that. Use every resource available to you and teach your team to embrace the Internet as well.

At the end of the day, does it matter how people find out about your business? Does it matter if it’s from a tweet or a Snapchat or a billboard? Not sure where to start to get involved? We highly recommend subscribing to the Best BBQ podcast The Barbecue Central Show.

Also if any local podcaster or blogger contacts your business then we suggest you treat them like you would traditional media as they will most likely have more engaged fans who want to hear your story.

Article republished with permission by Mallory Phillips of the National Barbecue & Grilling Association from their Monthly Official Branding & Marketing E-Newsletter for NBBQA Members.